How Voluntary Administration can help companies deal with COVID-19 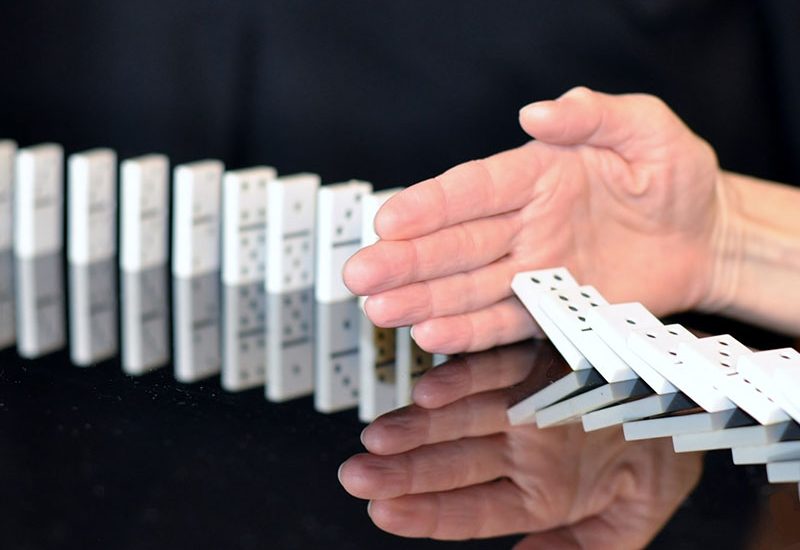 Even before the coronavirus outbreak, it seemed not a day went by without news of yet another business going into administration. Since the start of 2020, a number of well-known companies have taken this action including fashion chain Jeanswest, handbag retailer Colette, swimwear icon Seafolly, the peak body for equestrian support, Equestrian Australia, and, most notably, Virgin Australia, adding to the many that went down this path in 2019.

The story is generally the same: declining sales in an environment where consumers are deferring any discretionary spending, or choosing to shop online – and now COVID-19 has entered the mix. But what does it mean when a company chooses to enter into Voluntary Administration and will taking this action help to flatten the looming “insolvency curve”?

There is no doubt the thought of Voluntary Administration is stressful, but it does provide companies with breathing space so they can set about resolving their issues.

What is Voluntary Administration?

The Voluntary Administration (VA) regime was introduced into the Corporations Law by the Corporate Law Reform Act 1992 (Cth) with effect from June 23, 1993. It’s an insolvency process but one that aims to sort out the future of the business as soon as possible. It allows the insolvent business to continue to operate, or if this isn’t possible, it provides for a greater return to creditors than they would otherwise receive if the decision to go into liquidation was taken.

An issue unique to the coronavirus is that while the financial support provided by the federal government will help some businesses, many owners may put off making decisions while their debt obligations continue to accrue – leading to future pain. This is why VA is one solution that should be considered now.

Jirsch Sutherland Partner Andrew Spring says if directors suspect that their company is insolvent – or may become insolvent – they should consider appointing an administrator as soon as possible as this will help maximise the chances of the business’s survival.

“A key advantage of a VA is that a VA appointment immediately suspends most creditors’ claims against the company, thereby buying some breathing space,” he says. “The directors then work with the Voluntary Administrator to implement an operational restructure that builds a proposal for the company’s future. This proposal deals with matters such as how the company will operate, what assets will be sold or retained, and how much and when creditors will be paid.”

Spring adds that the current crisis should be focusing directors’ minds on their long-term business strategy. “Many retailers have either closed temporarily or are seeing a reduced number of customers,” he says. “There is no doubt we are likely to see further closures but going into voluntary administration is one way to buy time so affected businesses can take action for both the short and long term.”

A typical VA generally takes between 25 to 30 business days to complete and at the end, the company usually enters into a Deed of Company Arrangement (DOCA) with its creditors, or it may be placed into liquidation.

If the DOCA suggests the company can continue to trade, the control of the company usually reverts to the company directors. If the DOCA is approved by creditors, it will also eliminate possible insolvent trading claims.

Spring says that typically, a VA is used after an extraordinary event or a shift in the business landscape, such as we’re experiencing now.  “An extraordinary event can be both micro and macro, such as a large bad debt write-off or the coronavirus,” he says. “When a business’s working capital and therefore cash flow is significantly impacted by this type of event but the underlying business is viable, then the VA can be a successful process.”

He adds that likewise, a VA process can be used to successfully restructure a business’s operations when management identify the current operations are no longer viable.

“The spate of retail VAs will no doubt result in various forms of operational restructures in an attempt to preserve elements of the business that are viable,” he says. “Most commonly this will manifest in the closure of underperforming stores but may also result in complete strategic shifts – for example a move from mail-order to online retailing and digital marketing.

“Often we see businesses enter VA a little late, with no access to further funding through shareholder capital, investor capital or debt.  In those instances, the VA can still be successful through a sale of the business and assets, such as with the VA of Darrell Lea. The incoming party often acquires the business and assets at a discount due to the requirement to recapitalise and if that is coupled with a successful restructure plan, it can result in the business not only surviving but flourishing as in the Darrell Lea case.”

However, the VA regime is available to all businesses. Jirsch Sutherland has undertaken successful VA/DOCA appointments for small family-run restaurants as well as “single-truck” logistics businesses. “There are no restrictions on a business’s size,” Spring says. “If the plan is viable, the secret is to not leave seeking help until it is too late.”

Insolvent trading claims are a concern of directors with businesses in financial difficulties. However, the “Safe Harbour” legislation is designed to help with this. The legislation gives directors who are concerned about their financial situation a “safe harbour” in which to turn around their business without being worried about being pursued for insolvent trading actions.

Recent legislative reform provides a blanket six-month period for “safe harbour” like protection to directors for insolvent trading.  However, Spring says: “The obligations on directors are far more complex than simply avoiding trading whilst insolvent. While Safe Harbour is ultimately a protection against an insolvent trading claim by a subsequently appointed Liquidator, the process of entering Safe Harbour provides comfort to directors that they are also meeting all of their fiduciary obligations.”

Directors do need to be proactive about setting their business back on the right course, Spring says. “This includes getting their accounts in order and seeking professional help from a qualified adviser. A restructuring plan also needs to be developed and implemented.”

There are a number of procedural requirements to trigger the traditional Safe Harbour protection, so speaking with an experienced adviser is recommended.

If the attempt to improve the company’s situation ultimately fails, then the directors will be able to rely on a Safe Harbour defence down the track if they can show they took action that was reasonably likely to lead to a better outcome for the company and its creditors as a whole.