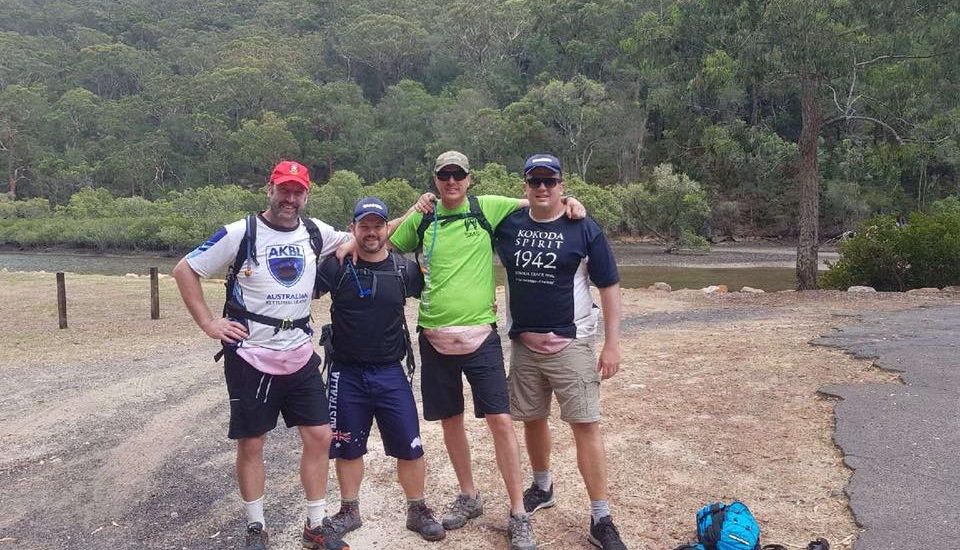 Sule Arnautovic, Craig Perring, Andrew Spring and Matt Ward – aka Team S.C.A.M. – don’t just have their sights set on completing all four 100km Oxfam Trailwalker events this year, but have raised the bar with the goal to beat their 2016 Sydney time.

With the first of four 100km Oxfam Trailwalker events known as QUADFAM fast approaching (Melbourne – March 23-25), the team members have been training hard, motivated by their goal to cross each of the four finishing lines in under 27 hours and eight minutes – their 2016 Sydney Trailwalker achievement.

A 100km walk over varied terrain, rain or shine, night and day, has been described as challenging (or gruelling, as some refer to it), and understandably the reason the team swore they’d never do the walk again after completing the Sydney 2016 event. However, just over a year later, they’ve regrouped and committed to all four national events – a total of 400km – which take place in Melbourne, Sydney, Brisbane and Perth between March and October.

How you can help

You can show your support for team S.C.A.M. by making a donation to Oxfam at https://trailwalker.oxfam.org.au/my/team/30227. Funds the team raises for the international charity will no doubt help motivate them when the going gets tough!

You can also support the team by cheering them off at the start or welcoming them as they cross the finishing line in your home city.

The first of the four Oxfam Trailwalker events starts on March 23 in Melbourne at Jells Park in Wheelers Hill and finishes at Wesburn Park in the Upper Yarra. The second event will be in Brisbane’s north-west, starting on June 22 at Mount Glorious and finishing at Mount Coot-tha. Next up is Sydney, which starts on August 24 in Brooklyn on the Hawkesbury River and finishes at Balgowlah Heights on Sydney’s northern beaches. The last 100km Trailwalker event takes place in Perth’s north west, starting on October 5 at Darlington and finishing in Forrestfield.

For more information on the 2018 Oxfam Trailwalker Event, visit https://trailwalker.oxfam.org.au/