The One Dog ‘flies’ (literally) for Little Wings 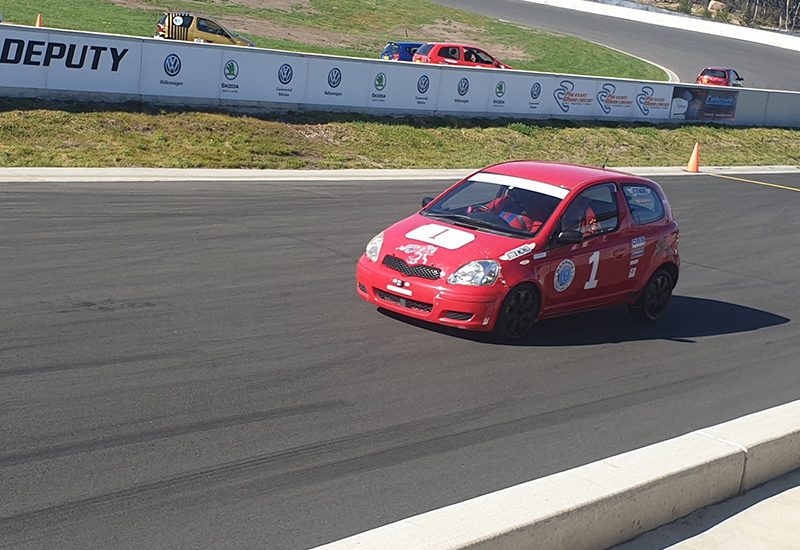 There were plenty of thrills and spills at the recent annual Mammoth Projects Charity Race Day held at Pheasant Wood Circuit, a unique facility near Goulburn NSW, catering to all types of motoring enthusiast. The One Dog Team, led by Jirsch Sutherland Partner Trent Devine, outdid itself on the track this year – not just surpassing their fundraising goal but also setting a ‘race first’ at the refurbished track (more on that later).

It’s the sixth year that Sydney-based construction, fit-out and refurbishment contracting service company Mammoth Projects has held the race. All money raised goes to Little Wings, a charity that funds flights to enable sick children from rural and regional NSW access medical services in cities and towns. Little Wings believes in keeping families together, so they also fly parents to visit their children and bring them home for much-needed time with their family and friends.

This year Trent and his team again surpassed their $5,000 fundraising goal; at the time of writing, donations had reached almost $6,500 – a tremendous effort. And there’s still time for you to donate! So far, more than $92,000 has been raised for Little Wings this year, with a goal of $100,000. It’s easy to donate – just go to https://www.mammothprojectsdriveday.com/donations-1 and press DONATE. Simple as that!

The sad news is that Trent’s intrepid race car, a red 2004 Toyota Echo named The One Dog (after the number on the racing greyhound that wears red), has now been retired and put out to pasture (the wreckers), after fellow team member Steve Agosta from Nelson McKinnon Lawyers decided to accidentally test out his stunt-driving skills, rolling the car after around 160 laps.

“It was five hours into the race with two hours to go, and we were running tenth,” explains Trent. “Steve did a 360-degree flip, landing back on his wheels (it was pretty impressive but still a shock!). Fortunately, he was cleared by the on-site ambulance officers after the roll and suffered no injuries – except maybe to his pride.

“We had installed a harness racing seatbelt, which kept Steve safe and secure. And organisers are considering this as a compulsory item for all cars for future races.”

Interestingly, since the track at Pheasant Wood Circuit has been resurfaced and refurbished there have been around 1.5 million laps, but this was the first ever rollover. “It took some pretty special driving!” says Trent. “Like The One Dog, Steve has now retired from racing – but we haven’t sent him to the wreckers. We’re now on the search for a new (cheap) car for 2021 and a new team member!”

The team was the second retirement for the day (there were more later) and they ended up finishing 27th – a long way from last year’s fourth placing. “However, that didn’t stop us raising a large amount of money for a really worthwhile cause. Thank you to all our supporters and donors and, of course, to my fellow drivers.

“Next year our team will be needing some company logos on the new car to help raise funds for Little Wings, so be ready to answer the call. This year I want to give a big shout out to our fantastic donors.” 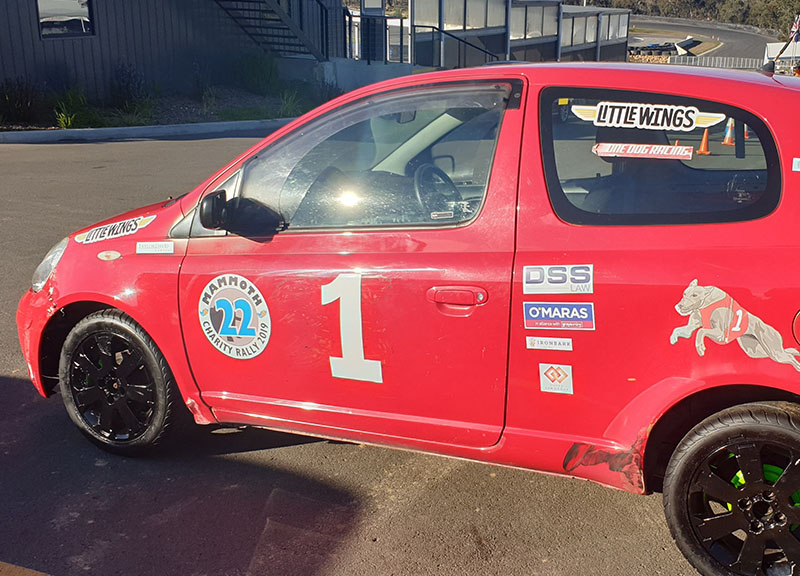 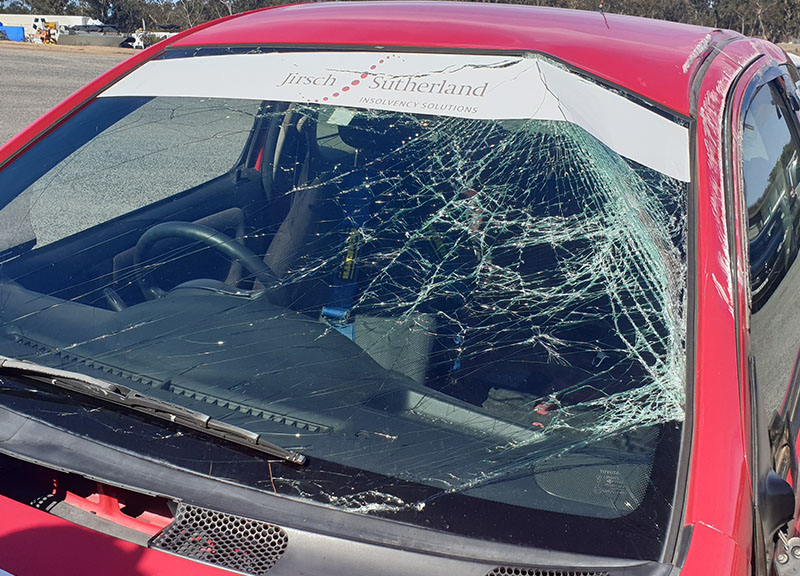