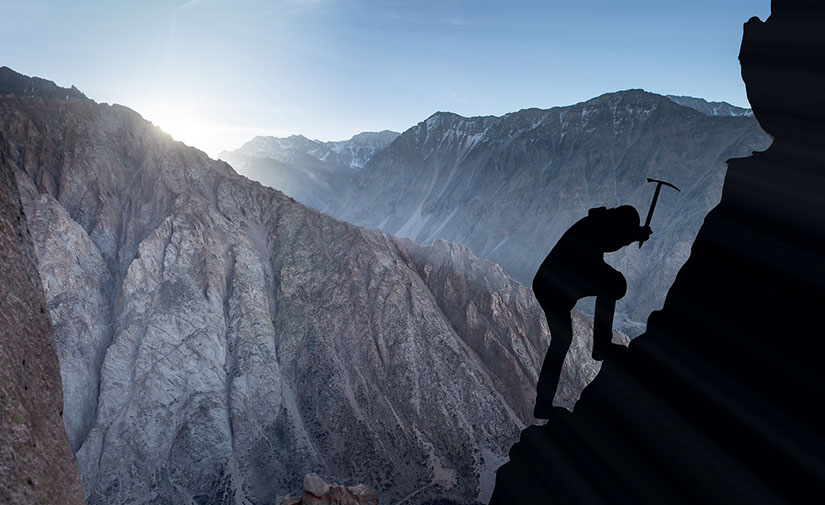 Throughout COVID-19, predictions of an insolvency tsunami were rife. But in reality, the reverse occurred, with numbers reaching historical lows. Now, a year on from federal government support being withdrawn, we take a look at the outlook for both personal and corporate insolvencies.

While the pandemic hit many small businesses hard, recent ASIC insolvency statistics show that Australia’s formal insolvency appointments remain well below historical averages. There were 4590 corporate insolvencies over the year to February 2022, well below the decade average of 8400. Companies entering external administration hit 22-year lows of just 192 in January 2021.

Felsman says the ASIC figures show, that on a 12-month rolling average basis to April 10 2022, company notifications for those entering external administration and controller appointments have increased by 11.7 per cent to 4651. “Of these, the construction industry appears under the most pressure from surging materials and labour costs, with the potential number of company failures hitting 1153, up by 33.8 per cent when compared to a year earlier,” he says.

A report from illion – Quarterly Report: Jan-March 2022 – found Australia is entering a new phase where “cash rates will go up, supply chain movements will be erratic and payments times may continue to deteriorate in some sectors … businesses and lenders need to be prepared to cope with ongoing change.”

The report found there is still uncertainty around, especially with international supply chain concerns, local weather events, and cost pressures – but confidence is returning. However, this confidence varies across industries. While most industries are recovering, telco and utilities are struggling and there is continued signs of stress in the construction industry. Compared with other industries, payment behaviour in the construction sector is deteriorating. “Large construction businesses are showing signs of stress in the last two quarters with average late payments increasing by 23 per cent. Sole traders and micro businesses have also been in a gradual decline since the start of the pandemic.”

The report also found consumer delinquencies that have previously remained subdued because of large-scale and broad-based support, are starting to rise as consumers struggle with a number of different stressors.

An ABS survey of around 2000 businesses found 57 per cent of all businesses experienced increased business costs over the three months to April 2022. Of these, 48 per cent have completely or partially passed on increased costs to their customers.

“Australia’s higher inflationary environment, fanned by the Ukraine war, COVID-19 induced supply-chain disruptions, soaring fuel and energy prices, combined with labour shortages will likely see a lift in borrowing costs for both consumers and businesses in the coming months,” Felsman says. “Overall, insolvencies are likely to increase in the final quarter of this financial year. Much will depend on the actions of the Australian Taxation Office after its insolvency/bankruptcy moratorium at the height of Covid-19 government lockdowns.”

A more vigorous approach to ATO debt collections could prompt company directors to take a more proactive approach to managing their tax debts, signalling a lift in business insolvencies, Felsman says, adding, directors could potentially opt to enter voluntary administration, restructure their businesses or even undertake bankruptcy proceedings at the behest of the ATO.

CBA economists expect Australia to be among the strongest-performing developed economies in 2022 with annual GDP of 4.7 per cent forecast, ahead of the overall estimate of global GDP growth of 4.1 per cent. Growth is expected to be driven primarily by a lift in consumer spending and business investment. Australian households have accumulated $272.4 billion worth of savings during the pandemic, according to APRA figures in March 2022, supporting consumer spending amid rising mortgage costs and cost of living pressures, such as rising petrol and food prices.

Also supportive of consumer spending is the strong labour market. The unemployment rate fell to 3.95 per cent in March 2022, the lowest level since 1974, with record job vacancies of 423,500 in February 2022, pointing to continued job growth in the near-term.

A series of rate rises is expected after the annual headline inflation rate soared by 5.1 per cent over the year to March 2022, the strongest pace in 21 years (since the introduction of the GST). The first came from the Reserve Bank in May, when it lifted the cash rate by 25 basis points to 0.35 per cent.

CBA expects the RBA to lift the official cash rate to 1.25 per cent in 2023. “We assess 1.25 per cent to be the ‘neutral’ cash rate and therefore at this stage we believe once the cash rate is at that level, it is the logical place for the Reserve Bank to pause in its tightening cycle,” Felsman says. “There is also a significant expiry of fixed rate home loans in 2023, which will create a natural tightening over 2023, even with the RBA on hold.”

He adds a potential central bank policy error, as policy is “normalised” after the pandemic recession, is another key economic risk as financial conditions tighten. “Finally, with interest rates rising, real wages growth has turned negative in Australia,” Felsman says. “If the tightening in the labour market fails to generate annual pay gains of at least 3 per cent, consumer confidence and spending could be dampened, weighing on economic activity.”

Jirsch Sutherland Partner Chris Baskerville says one of the key reasons insolvencies are lower than predicted is because the ATO has not been enforcing debt as prolifically as it did during pre-pandemic times. “Banks are hesitant about enforcing the recovery of distressed loans and instead are offering work-out arrangements or forbearance on debts, that is extending payment times and amounts,” he says. “Over the next 12 months, however, both personal and corporate insolvency numbers are expected to rise.”

Baskerville believes some of the major upcoming risks for businesses include more interest rate rises, increases in fuel prices – which have an impact on freight costs and costs of goods, labour shortages, supply chain disruptions, and dealing with legacy debts, such as those owned to the ATO as enforcement increases.

“Businesses need to prepare now for any expected hardship,” he says. “Now is the time to forecast cash flows, communicate with creditors and be upfront about any issues. It may be worthwhile to get an external expert in to ‘stress test’ the business to see how much rate rises – or loss of a key customer – would impact the business.”

Baskerville adds talking to a trusted adviser about any predicted headwinds is another sensible strategy. “Although it is important to then act on that advice,” he says. “Some actions could include improving cash-flow cycles and preserving cash in readiness for any rainy day. Also try to instigate less reliance on debt where possible – and if you feel your debt is out of control, discuss it with the ATO. The ATO wants to see debts paid and can offer payment arrangements if necessary.”