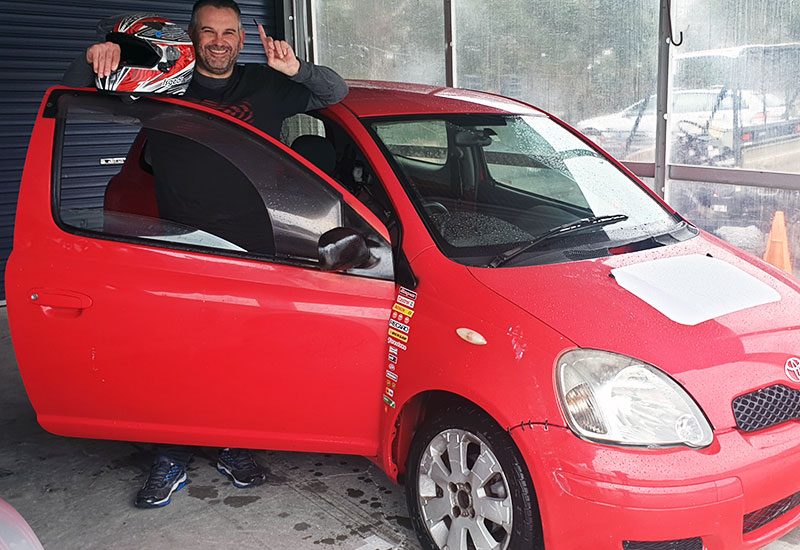 From this photo, you may well wonder why Jirsch Sutherland Sydney Partner Trent Devine has recently purchased a 15-year-old car not much bigger than a shoe box.

Trent has become the proud new owner of a 2004 Toyota Echo to participate in the Mammoth Projects Charity Race Day on September 14, 2019 a day-long event that requires teams to compete in small cars like Echos, Barinas and Getzs that cost less than $1,000, have engines no bigger than 1.6L and no supercharging, AWD or turbo power.

For the fifth year running, the Sydney-based construction, fit-out and refurbishment contracting service company Mammoth Projects will donate all money raised to Little Wings, a charity that funds flights to enable sick children from rural and regional NSW access medical services in cities and towns. Little Wings believes in keeping families together, so they also fly parents to visit their children and bring them home for much-needed time with their family and friends.

On race day, eye-catching themes and enthusiastic teams make up for their cars’ lack of size and power!  This year Trent and his co-drivers Greg Malone from G&H Financial, Steve Agosta from Nelson McKinnon Lawyers and friend Phil Anson are calling their red racer The One Dog, after the number one racing greyhound which wears red. If you’d like to watch them race track-side, head to Pheasant Wood Circuit in the Southern Highlands. 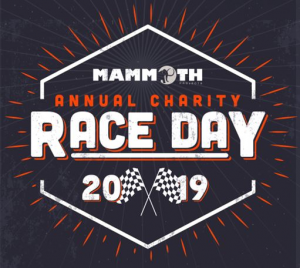 This year, Mammoth Projects hopes to raise $75,000, which will fund over 50 flights. You can support Trent and his team reach their goal of $5,000 by making a donation at mammothprojectsdriveday.com before September 14. Any company that donates $200 will receive a small sticker of their logo placed on The One Dog Car, while anyone donating $400 will receive a large sticker. And we’ll also feature you in an upcoming issue of JS Matters.

“Our team is looking forward to hitting the racetrack and putting The One Dog through its paces and helping achieve our goal in helping a wonderful cause,” says Trent. “And I encourage our fantastic clients and referral network to help us do this.”