How your generation can affect your attitude towards money 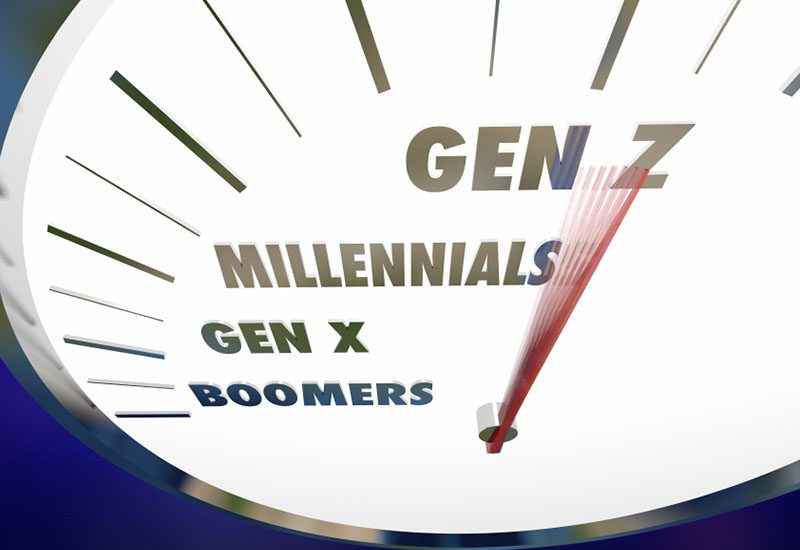 There are a number of reasons for declaring bankruptcy, and in some cases these reasons are generational.

The Australian Financial Security Authority (AFSA) attributes the key causes of personal insolvencies to either being business related or non-business related. The top three business-related causes are economic conditions, personal reasons, such as ill health, and excessive drawings. The top three non-business-related causes are excessive use of credit, unemployment or loss of income, and domestic discord or relationship breakdown.

Generational issues can also come into play. Geoff Brailey, Lead Solution Design with McCrindle says people can have different attitudes towards money depending on the generation they belong to.

“Baby Boomers, for example, grew up under food rations in the post-depression era,” he says. “They tended to borrow money to buy a house but rarely borrowed for anything else. Gen Z, however, were born into a much more affluent era and belong to a society where instant gratification is important.”

Brailey adds that Gen Z also differs to Baby Boomers in that they are expected to go on to tertiary study, and as a result don’t enter the workforce until later.

“This has an impact on their ability to save money, as does the casualisation of the workforce where finding full-time work is more difficult,” he says. “However, instead of being content to save for what they want, Gen Z is happy to rack up debt on credit cards and take out personal loans. Services such as AfterPay, where you can spread your repayments over a period of time, also enable the instant gratification that Gen Z aspires to.”

This easy access to finance can snowball and lead to crippling debt, especially for those without much experience of handling money, according to Brailey. He says traditionally, people would receive physical cash as payment for work and learnt to budget by holding and seeing money.

“These days, salaries are paid directly into bank accounts and this digital system has contributed to a poor working knowledge of how money actually works. A lack of knowledge around money and the trend towards wanting to own things immediately can contribute towards financial difficulties, which may result in things getting so bad, declaring bankruptcy may be the only option.”

Despite this propensity for instant gratification, AFSA found the most common age of bankrupts in 2014 was 43, increasing from 37 years in 2008.  Over this time period, the proportion of bankrupts aged between 17 and 34 fell from 29 per cent to 24 per cent.

Ages of bankrupts since 2008 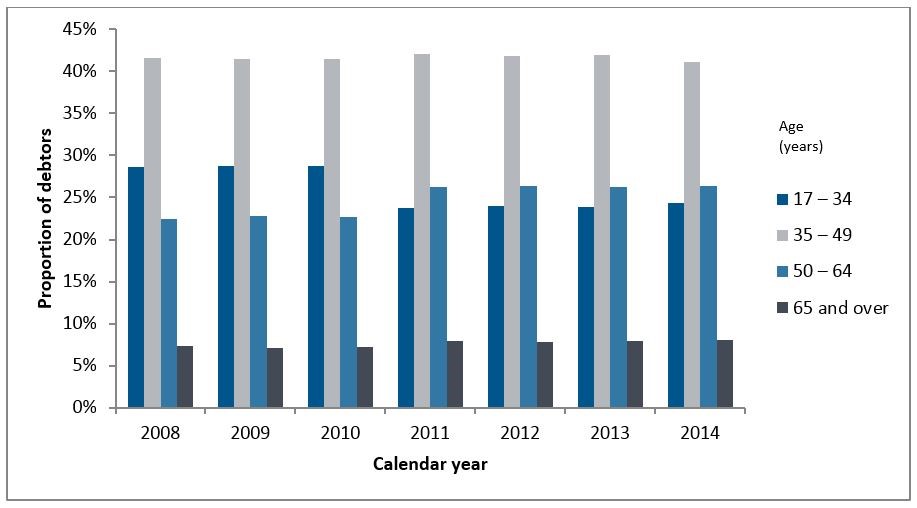 Brailey believes people at any age would find having to declare themselves bankrupt as shameful. “The number of people suffering from mental health issues is increasing and financial stress could be a key contributor,” he says. “There is a lot of work being done to reduce the stigma of mental health and while in the past people may not have sought help, now they are more likely to.”

Jirsch Sutherland understands how financial difficulties can lead to stress and ensures it approaches all clients in this situation with empathy.

“We believe those that are going through such a difficult time should seek professional help from an organisation such as Lifeline or Beyond Blue,” Jirsch Sutherland Partner Stewart Free says. “Unfortunately, when people are struggling financially as a result of a change of circumstances – such as a relationship breakdown or ill health – there is no quick fix and with the incidence of mental health increasing, it’s important to seek help as soon as possible.”

While it’s common to think you may have dug yourself into a financial hole you can’t get out of, there are alternatives to declaring bankruptcy you might want to consider first. Financial institutions, for example, have hardship departments that may give you a period of time to sort out your finances, while the Moneysmart website suggests seeing a financial counsellor who can explain options such as debt recovery procedures. There are also community legal centres that offer free legal advice on bankruptcy.