The national epidemic of delayed invoice payments is set to create a huge surge in small business insolvencies in 2019.

“Companies that are delaying payments probably have cash flow issues themselves and are then passing those issues on to other people,” he says. “The question is: where are small business people going to get the money to fund the gaps? With falling house values, they can’t rely on home liquidity to borrow. That’s why we think it’s coming into a bit of a hot storm this year. We are going to see higher than normal levels of small business failures.”

Delayed payment (or even non-payment) is already a significant issue in Australia. A 2017 Ombudsman’s inquiry identified Australian payment times as the worst in the world, with invoices paid, on average, 26.4 days late. The inquiry also uncovered a growing trend of large Australian and multinational companies delaying and extending payments from 30-days to 45, 60, 90 or even 120-days.

“It is big businesses using small business as a cheap bank,” Small Business Ombudsman Kate Carnell told Fairfax Media in late 2018. “It really does slow down the economy. Poor cash flow is the primary reason for insolvency in Australia.”

With this in mind, a current review by the Small Business Ombudsman is also examining the effect of long payment times on the cash flow of small businesses and family enterprises. The review will draw on a survey of small businesses and also request Australia’s 200 largest businesses to divulge information regarding their payment terms and conditions. Ms Carnell said the results would be used to publicly expose companies who inflict the toughest payment conditions.

“We will name companies that use really, really long payment times,” she told Fairfax Media. “I think most businesses care about what the community thinks about them and what their corporate image looks like so I don’t think they will want to be named and shamed for excessively long payment times.”

The strategy of avoidance

Trent believes that while the Ombudsman’s intervention is extremely welcome, he says it still doesn’t address the issue of compelling struggling, cash-strapped businesses to pay other businesses money that they can’t afford.

“Who companies pay often depends on where their pressure points are,” he explains. “In construction, for instance, it can be easy not to pay the tradie, because if the tradie goes bust, he can just be replaced with another. If companies have cash flow issues, they’re going to see where their stress points are and therefore who they can avoid paying.

“Sometimes, a lot of these companies are just too big. Often subcontractors have nowhere to go. They’re out of options. If they’re relying on that one big project in order to remain viable, not getting paid puts massive stresses on their business.”

Construction isn’t the only industry where payment conditions are a significant issue. Australian data and analytics company illion recently identified retail as another major sector that still faces big challenges.

At the end of September 2018, the sector actually recorded the worst late payment time among all industries at 13.5-days. Companies operating in the utilities sector came in at 13.3-days.

illion economic adviser Stephen Koukoulas says key economic factors are to blame for the current high incidence of payment delays in these areas.

“In the context of weak wages growth, high levels of household debt and signs of weakness in housing, late payment times remain highest in the consumer sensitive retail and utilities sectors,” he says. “These trends are likely to remain in the near term. Late payment times for mining have fallen sharply over the past year as the sector has registered a strong lift in activity on the back of buoyant commodity prices.”

When it comes to the issue of actual non-payment, construction is an industry in which large-scale problems are disturbingly prevalent. The Australian Subcontractors Association (ASA) says that thousands of Australian subcontractors continue to be forced into insolvency due to building and construction companies that are failing to pay.

“When it comes to the collapse of companies that rely on subcontractors to undertake the work, the domino effect can be devastating,” says ASA spokesperson Louise Stewart. 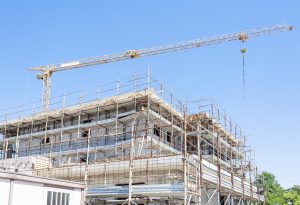 “Unfortunately, the subbies are often left to fend for themselves. When companies fail to pay subcontractors for work done, the subbies still have to pay employee entitlements and taxes.”

A 2015 Senate inquiry into insolvency found that the industry is burdened every year by an estimated $3 billion in unpaid debts, including subcontractor payments. In 2018 alone there have been 1,642 construction businesses that have become insolvent. A high percentage of these are attributed to misconduct.

With the ASA asserting that delayed or non-payment issues have long plagued the construction industry, Ms Stewart says national legislation is needed in order to stymie the trend.

“However, greater responsibility needs to be taken at all levels,” she says. “Governments need to act to legally impose these solutions and ensure contractors pay subcontractors rather than spending their money.”