Jirsch Sutherland > Insolvency News > Latest News > Getting ready for 2021: why deferment is to your detriment

Getting ready for 2021: why deferment is to your detriment 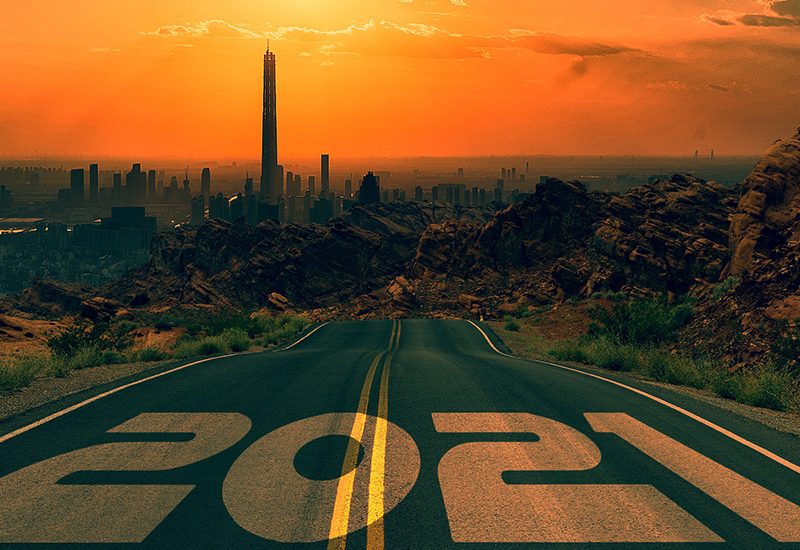 The imminent removal of financial support measures around COVID-19, highlights the need for accountants and advisers to stay in close contact with their clients, according to Jirsch Sutherland’s most-recent webinar: Preparing for the COVID recovery.

Jirsch Sutherland Partners Chris Baskerville and Malcolm Howell led the webinar discussion, which spoke about the need for accountants to stay on top of their clients’ financial situation and to check in with the ATO portal to ensure they’re lodging their BAS and keeping up to date with their payments. If not, says Baskerville, they need to quickly explore options to make sure when the support is withdrawn at the end of the year, their clients have solutions.

According to Baskerville, two of the most common words Googled at the start of the pandemic were “recession” and “COVID”. He highlighted his concerns that people believe a recession has been avoided following Australia’s rise in GDP in the September quarter of 3.3% following the dramatic fall of 7.2% in the June quarter. Annual growth, however, is still negative and Australia’s economy is 3.8% smaller than it was a year ago.

“COVID has given us the third-deepest recession since World War One to date,” Baskerville says. “A spike in the September GDP figure does not signify that all the economy’s problems are over; we are a long way from digging ourselves out of this hole.”

How COVID compares to other recessions

As part of the webinar, a comparison of the International Monetary Fund’s real GDP growth figures from 2009 was provided, and a few concerns highlighted. In 2009, following the GFC, the GDP of advanced economies fell on average 3.3%, while globally, the fall was 0.1%. In 2020, with COVID-19, the GDP of advanced economies fell 5.8% and globally the fall is 4.4%. “This indicates the negative impact on the world’s economies may be up to 40 times larger than in 2009,” Baskerville says.

Meanwhile, ASIC data shows yearly insolvency appointments across Australia have fallen dramatically since COVID. This seemingly counterintuitive situation is largely the result of businesses being saved by the billions of dollars the government has pumped into the economy to keep it operating. The average number of insolvency appointments per year, since 1999, is usually around 12,000, and while this number rose following the GFC, it has halved to around 6000 during COVID.

“You can only imagine what will happen once the federal government stops pouring money into the economy,” Baskerville says. “It has spent nearly $300 billion to keep the economy afloat; this compares to $46 billion during the GFC.”

Likely scenarios once support is withdrawn

While most of us are aware of the measures the government introduced to support businesses and the economy during COVID, such as JobKeeper, Baskerville told the webinar audience that it’s important to be aware of the likely effect once this support is taken away.

“One of the most overlooked measures is the safe harbour on insolvent trading claims, which are due to finish at the end of December,” Baskerville says. “However, your clients can still get protection but only as long as action is taken before December 31.”

Baskerville adds the same applies with the measures around statutory demands being nullified. “Creditors have stopped chasing debts but come January 1 there will be a backlog and then no doubt lawyers will be chasing them up again.”

Malcolm Howell agrees. “There are millions of dollars of debts sitting on lawyers’ desks waiting for January 1,” he says. “Accountants should be ensuring they’re aware of their clients’ positions and advising them accordingly around the best course of action.”

In addition, Howell says, the introductions to Simplified Liquidation and Small Business Restructuring programs are currently being debated in parliament and once passed will kick in from January 1. “I understand around $53 billion is owed to the ATO at the moment so it’s important to deal with any clients that may be struggling to find out what opportunities are available when the support is withdrawn. Hard decisions need to be taken now.”

With measures such as JobKeeper, commercial evictions and the insolvent trading moratorium ending or winding down, a key message from the webinar is that accountants and advisers need to be on top of their clients’ financial position to ensure they are well placed for the challenges ahead.

“Our company specialises in insolvency and business recovery advice,” Baskerville says. “That’s why at this time when companies are struggling, we are there – like an extra golf club in your bag – to help and advise on what action financially struggling clients can consider.”

A lot of pain is expected for the coming year, according to Howell. “While you can never accurately predict what will happen, I believe from February there will be real pain in the corporate sector,” he says. “There will be a rise in both corporate and personal insolvencies and unemployment is predicted to rise to 10%. The ATO will also likely end their amnesty and start chasing the $53 billion it is owed.”

An interesting observation is that while the new insolvency regime is expected to come into effect from January 1, Jirsch Sutherland believes the existing system is still effective and the best path for struggling businesses to venture down.

“DoCAs (Deeds of Company Arrangement) are one of the best tools available,” Baskerville says. “They are fast to enact and have built-in flexibility. The earlier these are considered the better as creditors can get agitated and lose patience the longer action is avoided.”

Meanwhile, Howell concluded by again emphasising the need for accountants and advisers to be in regular contact with their clients. “I often hear companies tell me they only speak with their accountant once a year, but advisers need to be chasing them up now,” he says. “If you have a few minutes, check the ATO portal to make sure your clients are lodging their BAS and paying on time, and if not, or if you have any concerns about how to help them, contact us so we can discuss options with you.”

Baskerville agrees that it’s important to be planning for the ending of the support measures now. “Deferment can be to your detriment, so make sure you’re on top of your clients’ situation.”

To view the Jirsch Sutherland Insolvency 101 webinar or download the slides, go to: https://www.jirschsutherland.com.au/webinar-videos-slides/ 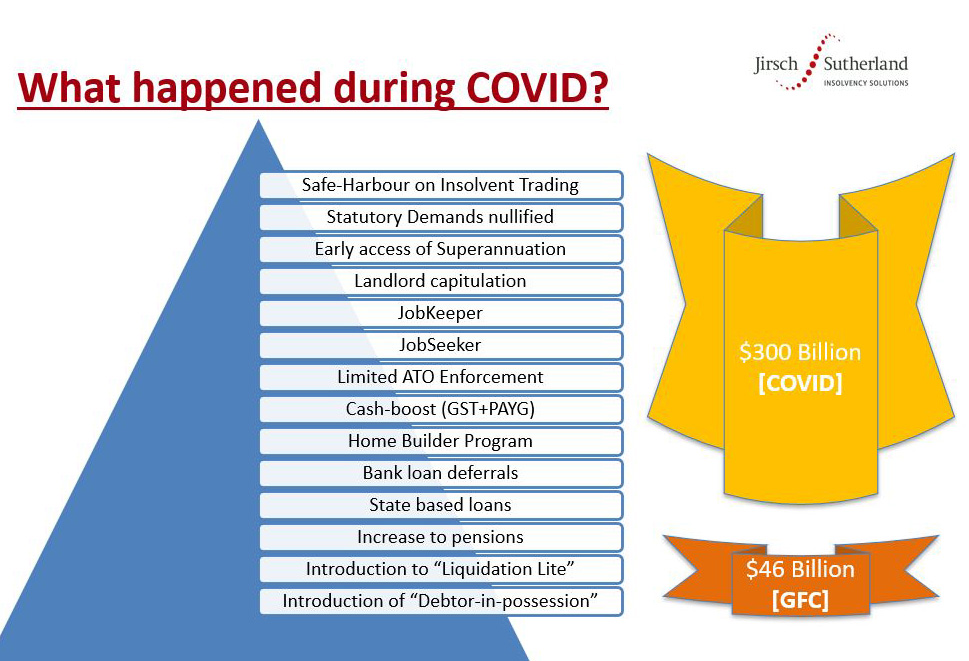