Western Australia’s economy has been beset with challenges, largely attributed to the end of the current mining boom, and the state’s predicted growth rate of 0.9 per cent for this year means it’s likely these challenges will remain.

The construction industry has been hard hit with a number of company collapses. WA has seen more than 20 construction companies collapse in five years, with one of its most respected builders, Cooper & Oxley, calling in the administrators in February. Building subcontractors were one group heavily affected as a result.

But after some upheaval in the mining sector there’s a light at the end of the tunnel with The West Australian newspaper announcing last week (April 18) that the $5.1 billion second stage of Chevron’s Gorgon Project will go ahead, bringing 700 jobs into the state by 2021 and employing more than 1400 people across the entire project.

“What we are really seeing now is a slight upturn towards recovery,” David says.

“Obviously there has been a knock-on effect in the mining and construction industries. But especially in the mining sector, we’re seeing a trend now more towards recovery. A lot of the areas that were affected recently were in the mining services area such as transport and civil contracting. Basically people who subcontract to those industries.

“When something does happen to the mining industry, there is a flow down into all of those other industries that utilise that sector for their business and that’s what we’ve been seeing in WA.”

Of course cash flow is a key issue for many businesses. A recent report from illion (formerly Dun & Bradstreet) found that while late payment times for Australian businesses had dropped to their lowest level on record in the final quarter of 2017, Western Australia had produced the lowest reduction. WA’s result was attributed to the weak economy as a result of the slump in mining sector activity. 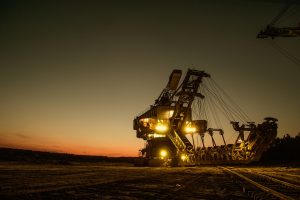 “Those companies that are getting paid by the major mining companies end up having to abide by their payment time frames, so from a cash flow point of view, those businesses down the line can experience an extended period between doing the work and receiving payment,” David adds.

“But managing cash flow is a universal problem across all industries, no matter what you do, so that’s not specific to mining and construction companies and it’s certainly not specific to WA.”

David says accountants who are dealing with clients facing difficulty need to seek advice from a qualified insolvency practitioner. “Experienced practitioners are able to tailor advice according to the specific needs of each situation,” he says.

“We always preach early intervention, if a company or business is experiencing difficulties. If they can recognise it earlier that always helps. Often we may come in and it’s too late, but we understand why people are always optimistic that they can ride out the problem and maintain their businesses.”

“It’s an incredibly stressful time for businesses and individuals and putting a business into administration is perceived as a last resort, rather than a process that can benefit all stakeholders.”

“Businesses do go into administration all the time, but in Perth we’ve had some high-profile insolvencies lately, not just in the mining and construction sectors but also in hospitality, retail and manufacturing,” adds David.

“But overall the WA economy does appear to be improving.”