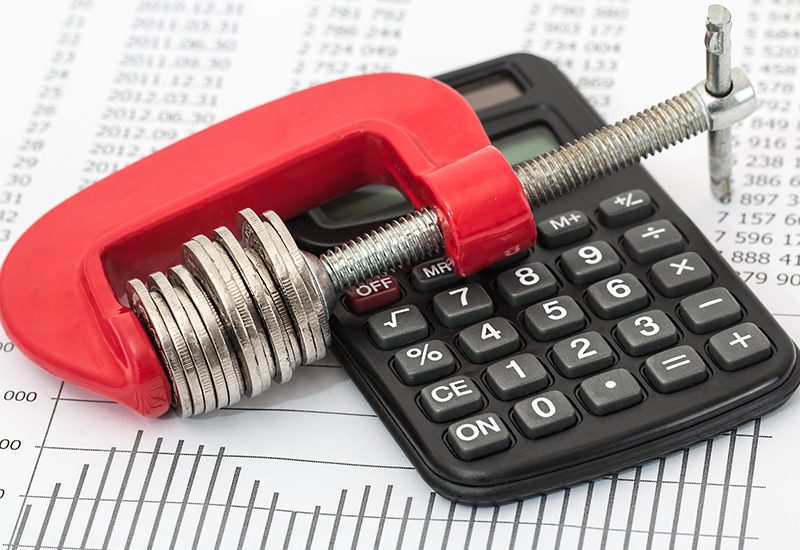 Company cash flow – not the threat of JobKeeper payment withdrawal – is the biggest concern for Australian businesses as they continue to navigate the effects of the COVID-19 pandemic.

That’s according to new independent research conducted by Jirsch Sutherland. Of more than 1000 recently-surveyed SME directors, just 10 per cent of respondents identified the end of government support payments as their primary source of stress. In contrast, more than a third (36 per cent) cited cash flow and turnover as their key cause of concern.

“Lack of cash flow, rather than lack of profit, is actually the greater threat for businesses and the reason that many fail,” says Bradd Morelli, Jirsch Sutherland’s National Managing Partner.

“That’s certainly the danger in this current crisis. Indeed, our research shows that over a quarter of the businesses surveyed expect to explore reconstruction or insolvency in the next six months despite benefitting from JobKeeper and other government stimulus measures. Another quarter did not claim payments but are also likely to explore ways to restructure or wind down their business.”

An extension that’s good news for some

While the possibility of JobKeeper payment withdrawal may not be the main source of angst for some organisations, it’s clear that the initiative’s recently-announced extension by the Federal Government is still set to provide relief to many struggling small businesses. From October to December this year, the payment will reduce to a fortnightly rate of $1200 per full time employee and $750 for employees working 20 hours or less per week. From January until March 2021 that payment will reduce again to $1000 for full time workers and $650 for part timers. 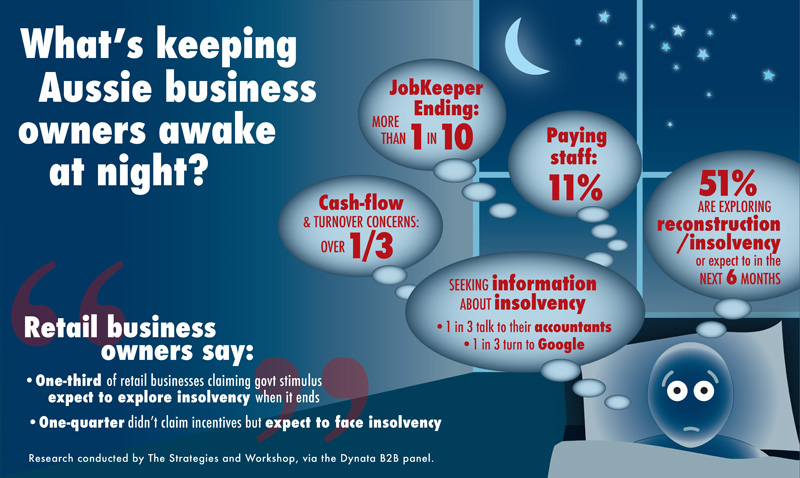 But while a vital economic lifeline for some businesses, it’s also clear that the continuing availability of JobKeeper will also act as something of a double-edged sword – in many cases delaying tough decisions around business viability. This is especially the case in retail.

According to the Jirsch Sutherland survey, one-third of polled retail businesses benefiting from JobKeeper and other government stimulus measures still indicate they’ll probably have to explore restructure/insolvency solutions once they end. Another 25 per cent that haven’t claimed support payments also expect to consider restructuring or winding up their businesses.

“While the government measures have helped many retailers stay afloat during these COVID times, there are others that haven’t taken advantage of or been eligible for JobKeeper and other benefits and are still facing hard decisions,” says Morelli. “Delaying these decisions is likely to dig those businesses into an even deeper financial hole.”

Crucially, Morelli says one reason for businesses delaying potentially tough decisions regarding their future is the negative stigma that continues to be associated with insolvency, with many simply too afraid or ashamed to consider the one lifeline that could help them.

“In Australia we have a robust insolvency regime but unfortunately there’s so much fear, shame and embarrassment associated with an insolvency,” he says. “There is a community bias against admitting you need financial help. As a community, we need to remove that barrier so that all options are explored, and an informed decision is made – even if it’s a tough one.”

Another key facilitator of an impending insolvency tsunami could also be a rescinding of the Federal Government’s relaxed insolvent trading laws. Implemented in March to provide temporary relief for financially distressed businesses, this ‘regulatory shield’ is currently due to end on September 25. Significantly, consideration is being given to extending some aspects of the scheme.

“The rate of insolvencies is currently over 40 per cent below what we’d normally expect, meaning that many businesses are really just hanging on and ‘protected’ by the temporary insolvent trading laws,” says Morelli. “As a result of this situation, the ATO isn’t actively winding up companies to pursue debts, WorkCover isn’t winding up companies, and banks have given a moratorium until after the New Year. Therefore, there’s no urgency for a director to make a hard decision, as they’d normally have to do. In essence, many are burying their heads in the sand and not making any decision.”

For businesses who may be struggling financially during the COVID crisis, the advice, as always, is to seek professional help as early as possible.

“If you’re a business owner or director who’s experiencing financial stress, it’s more important than ever to assess your current and future cash-flow situation and revenue streams, particularly taking into considerations when the government’s ‘life raft’ will no longer be there,” Morelli adds.