A rugby lunch, golf days and harbour cruises… Jirsch Sutherland team members have enjoyed entertaining and mingling with their clients in recent times.

The Jirsch Sutherland team always enjoy getting together with their clients beyond the confines of the office and this autumn was no different with Sydney, Brisbane and Geelong making the most of our great outdoors before winter set in and Perth proudly ‘unveiling’ their new office.

There was one occasion, however, where the Sydney partners brought the outdoors in for a special lunch with clients and a special guest… 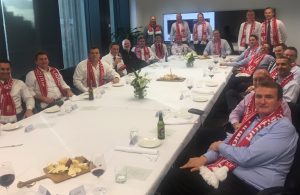 If you’re into rugby union, there’s few better ways to spend a lunchtime than discussing the British and Irish Lions tour of New Zealand than in the company of former All Blacks player Andrew Mehrtens.

Widely considered one of the world’s top Fly-halves, Andrew was the second all-time points scorer for the All Blacks until 2009, the highest point scorer with 209 points against South Africa, and topped the all-time list for test conversions with 167 points. Andrew has since retired and among other roles, he commentates on Fox Sports’ Super Rugby: Kick & Chase.

With a stylish ship all to themselves, a crew of 60 clients and colleagues enjoyed spectacular views and good food aboard the Sydney 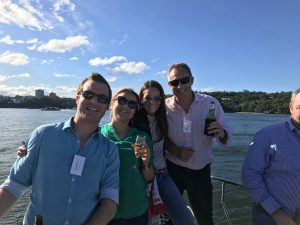 There are few better ways to enjoy Sydney than on the harbour. And few better ways to make your work mates jealous than escaping the office for an afternoon on a private cruise. The Sydney team and their clients chilled, chatted, imbibed, and soaked up the sun and views all afternoon (jealous, much?). And they were clever about it too, departing offices in work attire, caps and sunnies hidden in brief cases, perhaps having left jackets on the back of chairs, so no one would be the wiser.

Clients: Your secret will forever be safe with us. 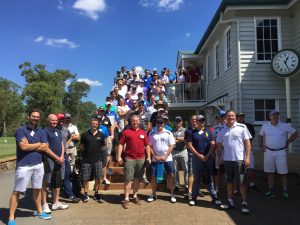 Long and short shots – and even some checked shorts – were par for the course at the recent Golf Day at the prestigious Brisbane Golf Club teed up by the Brisbane team. And with a total of 70 colleagues and clients, it was just like having the private championship course to themselves.

The Long drive at Hole 9, which heads back to the clubhouse, went to Steven Braithwaite, and the Nearest to the Pin went to two players: Michael Flude at the challenging 7th Hole and Henry McKenna at the 11th – the longest par on the course at 199 metres.

Geelong office’s tee beside the seaside 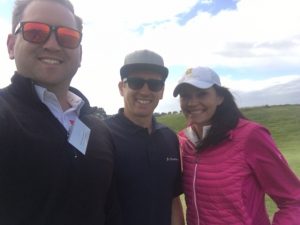 The choice of golf course proved lucky after all and with its panoramic views and ocean-front position it was the perfect location to refresh body and soul with some friendly competition, sunshine and bracing sea air.

Competition between the two teams for first place was close, with the Coulter Roache Lawyers team taking 1st Prize on a countback just ahead of the Melbourne team of Ryan Leemon of Moore Stephens, guest John Colmon and Travis Marchione. The day’s other winners include Wendy Maloney from Moore Stephens for the Longest Drive and Anthony Farnan from Coulter Roache Lawyers for Nearest the Pin.

Teeing off at The Coast 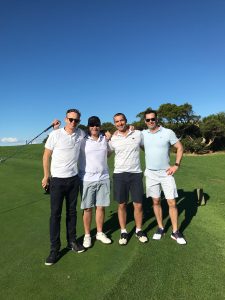 The stunning outlook from the Coast Golf Club at Little Bay in Sydney did little to distract the teams at Jirsch Sutherland’s annual golf day at the end of May.

Ninety-five people attended on the day, including Jirsch Sutherland Partners, Managers and a number of clients. Partner Andrew Spring with his fellow team members Adam Boles, Michael Stafford and Dan McGrath blitzed the field and were named the winning team.

Regardless of their scores, everyone enjoyed the views over the ocean from the golf club, which is perched on the cliffs of La Perouse. It’s likely the “big hole” (over the side of the cliff) might have claimed a few golf balls!