Overcoming the challenges faced by smaller players in the construction industry was a key aim of the Senate’s report into the industry, and now the Federal Government has released its response.

The Senate Economics References Committee’s report, I just want to be paid published in December 2015, made 44 recommendations aimed at overcoming many of these challenges.

The report found that the construction industry’s rate of insolvencies is out of proportion to its share of national output. Over the past decade the industry has accounted for between 8 per cent and 10 per cent of annual GDP and roughly the same proportion of total employment. Over the same period, the construction industry has accounted for between one-fifth and one quarter of all insolvencies in Australia.

A key challenge of this sector is the illegal use of phoenixing. The report found phoenix company schemes have been a longstanding concern of regulatory agencies, parliamentary committee 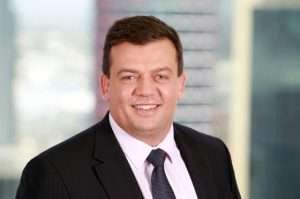 s and generate a more than usual number of inquiries.

Jirsch Sutherland Managing Partner Sule Arnautovic says phoenixing remains a serious problem in this sector. “Fortunately, fraudulent phoenix activity is in the crosshairs of government as evidenced by its response to the Senate’s report,” he says. “But while there have been some prosecutions resulting in criminal charges, rogue operators are still a significant problem.”

There were three recommendations relating to phoenix activity and the government’s response highlighted that it considers it an area that needs action. 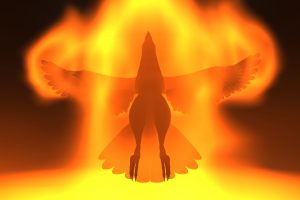 For example, in Recommendation 11, the committee recommended that ASIC and ARITA work out a method that allows external administrators to indicate in their statutory reports whether they suspect phoenix activity has occurred. For example, having a check box in the reporting form that can be ticked if phoenix activity is suspected.

In its response, the Government stated ASIC has implemented changes to improve its ability to identify liquidator reports of misconduct that allege insolvent trading, and which may warrant further action. It also stated that its Phoenix Taskforce members are examining options for law reforms to deter, detect and deal with illegal phoenix activities.

In Recommendation 12, the committee recommended confidentiality requirements be amended around the statutory frameworks of agencies participating in the Phoenix Taskforce to permit dissemination of relevant information to the ATO.

The Government response was that the ATO is allowed to share information about phoenix activity with other taskforce agencies. There are also mechanisms in place that allow some members of the Phoenix Taskforce to reciprocate information sharing with the ATO.

“The ATO has also taken a positive step with the setting up of the Phoenix Taskforce, which provides a whole-of-government approach to combatting illegal phoenix activity,” says Sule. “It’s heartening to see the actions being taken to try and tackle these issues but we remain concerned about the impact this activity has on staff, customers, subcontractors and other creditors.”

In Recommendation 13, the committee recommends more resources be directed to whole-of-government strategies aimed at preventing, detecting and prosecuting instances of illegal phoenix activity.

The Government agreed that a whole-of- government approach to phoenixing is required. In May 2015, it committed $127.6 million over four years to fund a new Serious Financial Crime Taskforce, which will seek to disrupt and deter serious financial crime.

Jirsch Sutherland believes the focus of the regulators should be on four key elements: education, licensing, compliance and insurance. “The same level of regulation should apply to these operators as is in place for those who provide financial advice,” Sule says.