The survey – illion’s Australian Late Payments report for Q4 2017 – also showed that the percentage of businesses paying their bills on time rose from 60 per cent to 68 per cent during the same period. 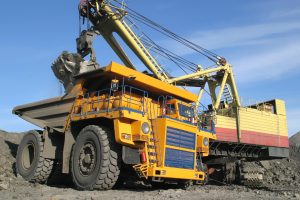 tephen Koukoulas, economic adviser with illion, says the improvements are reflecting the more buoyant conditions in the business sector and the favourable cash position of many firms. “Late payment times have fallen from around 22 days in 2013 to just 11.9 days in the latest reading,” he says.

While late payment times fell, some gains were bigger than others. The survey found the struggling retail sector saw minor changes to the average late payment time on an annual basis while West Australia produced the lowest reduction in the December quarter – down 12.8 per cent compared to the prior corresponding period. WA’s result was attributed to the weak economy as a result of the slump in mining sector activity.

“Late payments declined across all sectors,” Koukoulas says. “But the slowest paying areas remained mining, retail, utilities and manufacturing. The sectors with the lowest level of late payments were the same as a year ago: agriculture, forestry and services.”

Koukoulas says the current low interest payments are also a factor as official interest rates remain at record lows. “Another factor likely to be behind the steady decline in late payments is the record low wages being paid, which is also helping to lower running costs and aid cash flows,” he says.

“Without wanting to take the shine off the reductions recorded, it is possible the results, in part, also reflect the difficult cash-flow environment currently faced by a lot of businesses,” he says. “Most organisations have a deliberate focus on ‘getting their house in order’ and cost cutting and cash-flow management are likely to be occupying the minds of boards as much as capex projects and growth strategies.”

Andrew adds it is not surprising that the retail and mining sectors are highlighted as being the least effective in “tightening the reins”. “This is reflective of the difficulties that those industries are currently facing due to external market forces.”