Jirsch Sutherland’s teams around the country consider themselves to be very much a part of the communities where they work – especially when somebody needs a helping hand.

That was the case recently when staff at the firm’s Macarthur office in Sydney’s south-west heard about a charity in their area that found itself in crisis. 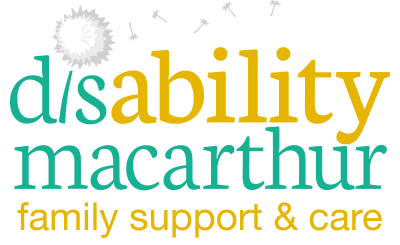 Disability Macarthur provides support services to people with disabilities in the local area. The service offers peer support and social activities to clients aged 16-65 as well as respite services for their families and carers.

The service’s mini buses transport clients to activities such as mini golf and bowling. So when flooding in the main street of Picton damaged its bus so badly that it had to be written off, the entire program was at risk. Insurance was not enough to cover the replacement cost of the bus.

A raffle to raise the extra funds needed for a new bus was held, and the Jirsch Sutherland Macarthur office didn’t hesitate to support such a worthy cause.

“We’re pleased to say that Disability Macarthur’s Picton service now has a new bus – and it even features our logo on the side as a thank you for our support,” says Trent Devine, Jirsch Sutherland Partner. “We’re proud that we have been able to help such a vital resource.”

More than 30 years ago, the founders of Disability Macarthur noticed a great community need for general crisis respite. As families with children with disabilities began to contact them, they created programs to support their unique needs. These days they provide activities, friendship and support groups as well as vocational training.

Disability Macarthur supports about 500 Macarthur and Wollondilly families living with disability. They have offices in Minto, Narellan and Picton. The Picton office opened almost 10 years ago and its mini bus not only transports its clients to activities, but is also used by other community groups.

When an east coast low hit Picton last June, the service’s bus was parked outside the town’s community centre. It ended up under water and was written off by the insurance company. Unfortunately, the difference between “market value” and cost of replacement was so large that it appeared the service would not be able to replace the bus.

The introduction of the National Disability Insurance Scheme (NDIS) means the service no longer receives funding directly from the Federal Government, which meant it would not be easy to replace the bus that was lost so suddenly.

When local Toyota dealer, Clintons, donated a Toyota Yaris to auction as a fundraiser for a new bus during its Christmas in July luncheon, Jirsch Sutherland and a number of other local businesses were more than happy to chip in.

“It’s all about accessibility for people with a disability,” Disability Macarthur supporter Steve Wisbey told local newspaper, the Macarthur Chronicle. “Disability Macarthur is very focused on respite and activity. It gives these young people a chance to socialise and get out and have fun. It also gives families time for a break or to go do other things they need to do.”