Insolvency statistics: behind the numbers

ASIC’s latest insolvency statistics show the lowest levels in external appointments in 12 years, although with some sectors struggling more than others. Also, emerging developments in education and retail are bringing renewed focus to these areas.

The data also shows that in the 12 months to February 2017, 8,212 companies entered external administration.

And while many sectors showed a downturn, construction, and information media and telecommunications are two sectors that are showing an uptrend in the number of insolvencies recorded.

Jirsch Sutherland Partner Stewart Free says the cases Jirsch Sutherland has been involved with over the past 12 months closely matches ASIC’s data. “In particular, the “Other” – i.e. personal and business services – category, which comprises more than half of our appointments,” he says. “The ‘Other’ category also suggests there are many administrations that just don’t fit into any of the specific industries. It’s such a wide category and can cover anything from a take away food shop to a mobile hairdresser.”

Stewart adds ASIC has flagged its intention to collate more meaningful data going forward and this will be of assistance to advisers and policymakers. “The ‘Other’ category is too large to ignore and we need to be able to drill down further to see what industries are in need of assistance,” he says.

Stewart says with Amazon soon to enter the Australian market, retail will be an interesting industry sector to watch. “Amazon will be a huge disrupter to the market given how Australians love online shopping and ‘delivery to the door’,” he says.

“Education is another sector of interest with new government regulations around the timing of when income is earned causing problems for the industry cowboys.”

Stewart says it will also be interesting to see what other government initiatives, such as its proposal to move its major departments to regional towns, will lead to. 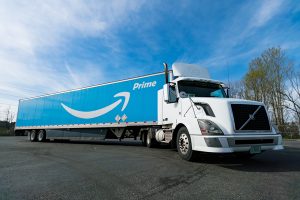 “Many eyes will also be on the construction industry, which seems to have been dealt a double-edged sword in this year’s federal budget. On one hand, initiatives proposed by the treasurer are set to negatively impact those involved in apartment construction, while the infrastructure spending will provide a boost.

“A slowdown in dwelling construction is projected to hit in 2018-19, with a 4 per cent fall predicted in the budget, while the $75 billion in infrastructure spending over the coming decade is likely to benefit workers and companies across Victoria, NSW – and particularly Sydney’s western suburbs – and south-east Queensland. How that plays out on insolvency trends over coming months and years remains to be seen.”

Meanwhile, other data from ASIC’s report shows there have been 972 external administration appointments in 2017 as at February, compared with 1,265 in the same period last year. NSW recorded the highest number of insolvencies at 204 while the number was 156 in Victoria. Western Australia was the only state where appointments did not rise over the month, falling slightly to 57. 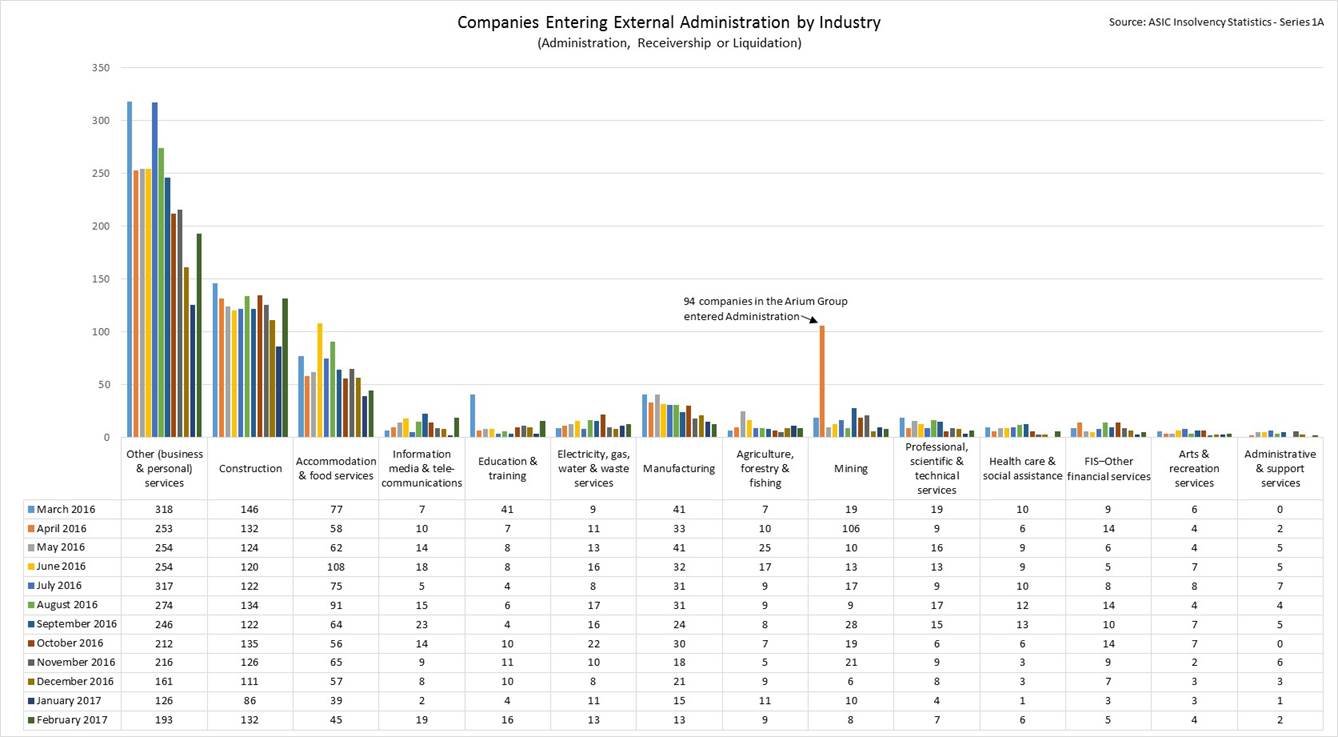