There’s never a quiet moment in the insolvency industry and 2017 proved no exception. This year saw a number of major developments that are already having an impact. The following is a roundup of the key changes.

Perhaps the move that caused the most heated discussion was the introduction of ASIC’s user pays model that requires liquidators to comply with a number of changes including paying an annual fixed levy in addition to the registration fee and renewal fee due every three years. Much of the discussion centred on how the reforms could create unnecessary barriers to entry, reducing the number of expert insolvency practitioners, particularly in regional areas and within small practices.

Changes to the Safe Harbour provisions means directors won’t be liable for certain debts incurred while insolvent if they start taking a course of action that is reasonably likely to lead to a better outcome for both the company and its creditors.

This extra breathing space means directors can improve the position for creditors, so rather than opting to liquidate their business, opting for safe harbour lets them restructure it or explore the possibility of a sale.

Amendments to tighten the obligations on directors seeking safe harbour protection and a requirement to use a registered liquidator as part of the restructuring effort were defeated.

Another change to the insolvency legislation prevents contractors terminating supply and other contracts with a struggling business during the restructuring period, under what are called “ipso facto” clauses. The new ipso facto regime is set to commence on July 1, 2018.

The Member Voluntary Liquidation changes were expected to catch some people unawares. One of the key changes concerns agreeing fees before an MVL is undertaken. This means that prior to a determination being made regarding fees for an insolvency specialist or accountant to undertake an MVL, a report must now be prepared for shareholders to enable them to assess if the fees are reasonable. This change could be a huge impost on smaller accountancy firms or sole practitioners. 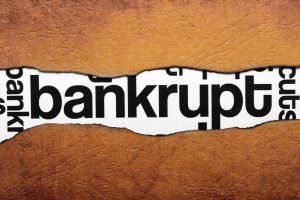 The Bankruptcy Act also received attention this year. Specifically the one-year Bankruptcy Bill was introduced which reduces the default period of bankruptcy from three years to one. One of the reasons was to allow entrepreneurs to re-engage with business more quickly. Interestingly, similar legislation had already been part of the Act before being repealed in 2003.

A passing of an amendment has seen important changes around data breaches that will take place early next year. Data breaches are a concern to all businesses that hold sensitive information but keeping quiet about them will no longer be possible with the new mandatory breach notification scheme coming into effect from February 28, 2018. This follows the passing of the Privacy Amendment (Notifiable Data Breaches) Act 2017 that introduces mandatory data breach notification obligations for all organisations subject to the Act.

Illegal phoenixing is often in the news and this year saw a government crackdown that now means every Australian company director would be assigned a unique identification number. The aim of these mandatory director identification numbers is to prevent directors deliberately scuttling their companies to avoid paying creditors and then starting up businesses without those debts.