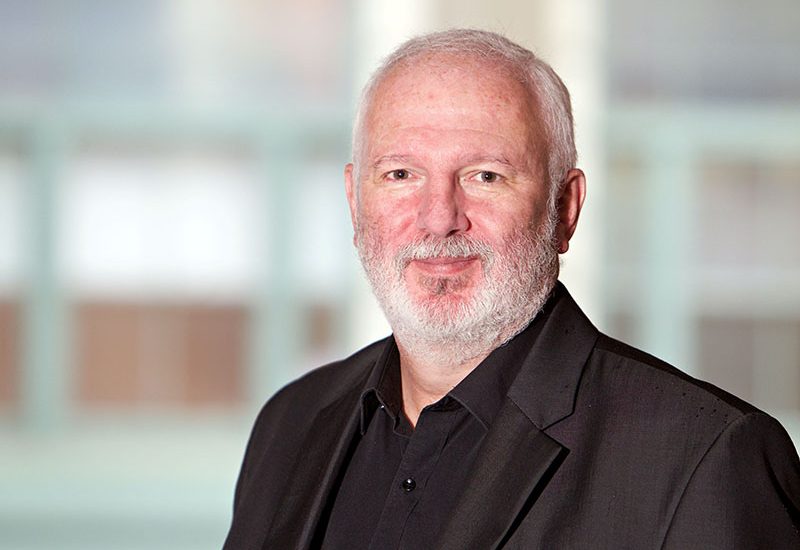 Given Lloyd’s three decades in a role seemingly tailor-made to his calm, pragmatic approach and genuine desire to help people, it may come as a surprise to learn that he claims he fell into a career in insolvency and recovery.

“It chose me, really. I’d done some contract work for businesses in distress and I think I had a bit of a knack for it. Not long after moving to Sydney from New Zealand, I answered an ad on the June long weekend for a position at Jirsch Sutherland and got my first job on the following Tuesday,” he explains.

In 1993, after working Jirsch Sutherland’s Sydney office for three years, Lloyd headed to Newcastle to establish the firm’s first regional office – and the first specialist reconstruction and insolvency practice in the region. “Rod Sutherland and I were the first dedicated insolvency specialists in town. I think we’ve been trailblazers in that regard.”

His wife Norma soon followed and together they slowly became part of the local community. “I’d already been getting a bit of work in the region and my wife and I jumped at the opportunity. Thirty years later, I still find my job interesting and we’ve enjoyed becoming part of the community,” says Lloyd. “It’s been a slow process as it takes a long time before you’re considered a local. Many in the business community – owners, accountants, lawyers – were born here and are lifelong friends or family. The joke is that we’re ‘almost local’ because our kids were born here!”

Lloyd’s involvement in the community has grown along with the region and city of Newcastle; “It’s the variety I enjoy the most. Newcastle has expanded and become more cosmopolitan, enabling me to get involved in many different industries.”

Over the past 30 years, Lloyd has also witnessed a growth in awareness of the insolvency process. “Reconstruction and insolvency have become more mainstream in the region, and better understood by individuals and companies. In my first few years, about half to two thirds of creditors would turn up to meetings. Now, very few turn up as they’re familiar with the process and know they don’t have to come to meetings to participate or get their voice heard.”

Another benefit to living and working in a regional hub, according to Lloyd, is that he gets to see first-hand the positive outcomes of his work: “I can drive past a business in Newcastle that I did some work on and see that it’s still there, or bump into someone at the footy I have helped.”

In addition to plenty of variety, Lloyd has also experienced a fair share of interesting projects, including controlling a number of country pubs.

“One in particular stood out – a bit of a rough pub with a bad reputation,” explains Lloyd. “I noticed the building didn’t have a cellar, so I asked the manager where their bulk store was located. He pointed to a garage – which I thought would be easy to rob. As I reached for the door, he suddenly pulled me back and said, ‘You’ll want me to turn off the security.’ I thought what security? Then I noticed the bare wiring, with 240 volts! My reaction was over the top and I told the manager if someone got killed, I’d be responsible. He replied, ‘I suppose you’ll want me to turn off the skylights too then’. It turns out that had also been wired to give a deathly electric shock. The manager said nobody would break in as ‘everyone in town knows about it’. We sold the pub in just a few weeks and it’s still in operation.”

Lloyd, who’s a Rugby ‘nut’ and a local referee, and Norma love living in Newcastle. “One of our favourite spots is the Newcastle Club and we’re close to the wineries – being in the Hunter, you’ve got to like your local wine (his is a Tyrrell’s Semillon). Now I walk 80 metres to the office, along the waterfront. There’s a great community here and it’s a wonderful place to raise a family. Locals are very collegiate – if you’re talking to someone about a business, they’ll go out of their way to put you in touch with someone they know who can help you. This is a big help as we walk through a dozen industries every couple of months and we need specialist consultants as we can’t be experts in every sector.”

Lloyd’s advice to anyone considering relocating to a regional centre – get involved in the community, not just to grow the business but to enjoy a full and rewarding life.