Global insolvencies – what lies ahead? 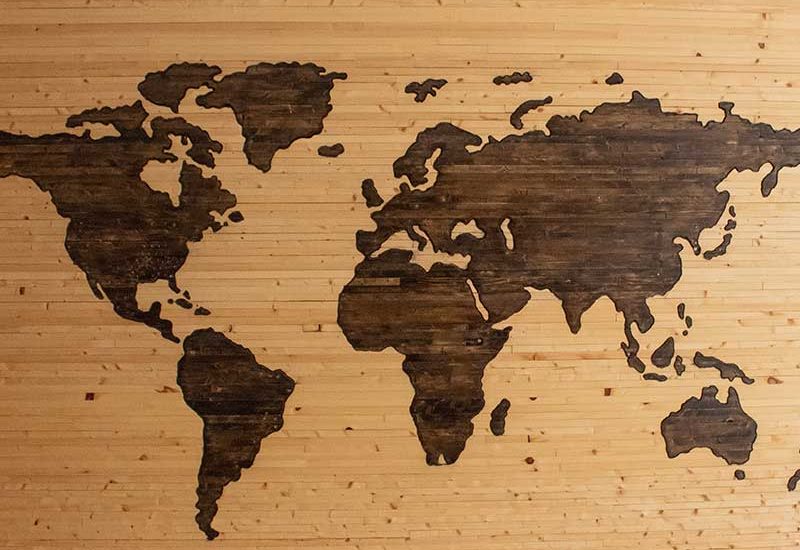 Sometimes it’s easy to just focus on what’s happening in your own country. Australia has bounced back remarkably well from the effects of COVID-19, recording 3.1 per cent growth in the December quarter. Challenges remain, however, and a rise in insolvencies is still expected for 2021. But what’s the situation in the rest of the world?

Trade credit insurance specialist, Euler Hermes, believes the vaccine rollout will supercharge global growth in 2021 but there will still be headwinds. Its report 2021-2022: Vaccine economics found as policy support is gradually phased out, a delayed wave of insolvencies is expected to significantly increase to 25 per cent year-on-year in 2021 and 13 per cent in 2022.

Euler Hermes’ Global Insolvency Index recorded a drop in insolvencies for 2020. “Along with the lockdowns of courts, the paradoxical drop in insolvencies comes from massive support measures implemented and then extended by governments to provide liquidity, extra time and flexibility to companies before they resort to filing for bankruptcy,” the report states.

“The broad-based extension of ‘temporary’ support measures into 2021 is likely to keep insolvencies artificially lower for longer but their phasing out should start an increase in insolvencies as early as H2 2021.” This will be mainly be comprised of pre-COVID-19 zombie companies and COVID-19 zombies. 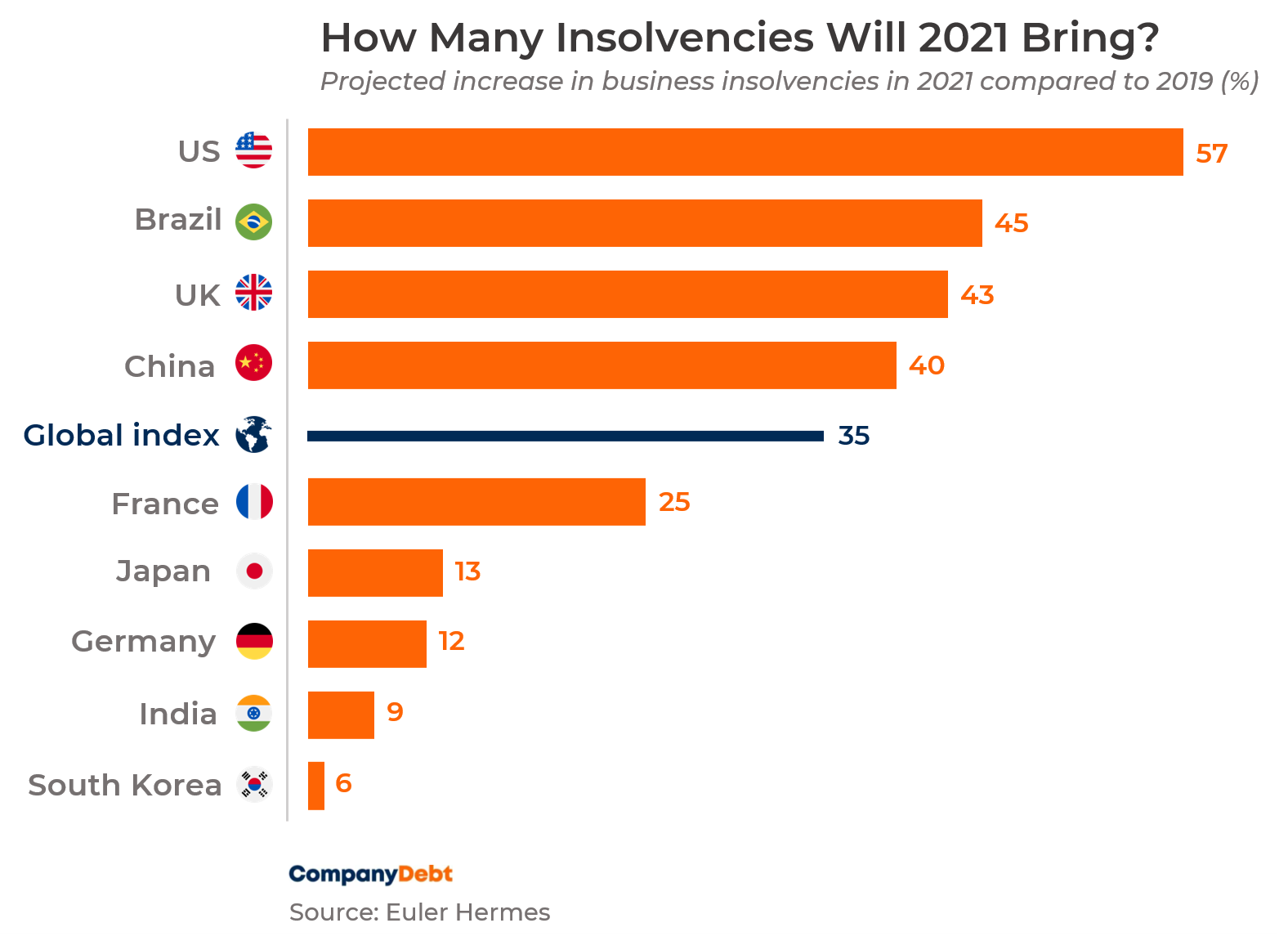 North America affected the most

“Yet in 2021, one out of two countries in our sample would still register a low number of insolvencies compared to the Great Financial crisis and even the long-term average, notably among advanced economies,” the report states.

Euler Hermes also expects in 2021, most countries will see export gains, with China, Germany and Italy being the main winners. China, Vietnam, Australia and the Netherlands are likely to recover the fastest, with 2021 exports likely to stand at more than 10 per cent above 2019 levels.

What’s likely for Australia and Asia-Pacific?

“Aggregate GDP growth for the region is likely to reach -1.7 per cent in 2020 (after 4.3 per cent in 2019), followed by 6.4per cent in 2021 and 4.5 per cent in 2022,” the report states. “On the one hand, economies that are managing the COVID-19 crisis relatively well and have a strong exposure to global trade in goods are recovering faster – China, Taiwan, Vietnam (and South Korea to a lesser extent) … On the other hand, a more protracted epidemic in India, the Philippines and Indonesia means that their economic recoveries are slower and the loss of GDP compared to pre-crisis trends are very large.”

Meanwhile, Senior Insolvency Practitioner with UK-based Company Debt, Simon Renshaw, says while Euler Hermes’ Index predicted a huge spike in global insolvencies beginning last year, it didn’t see any evidence of that. “This was principally because of governmental support, and because there has been no pressure on businesses to fold,” he says. “Insolvency numbers during the pandemic have in fact declined and now that the government has extended the furlough scheme until September, we may not see any rise until then.” [The furlough scheme is the UK’s Coronavirus Job Retention Scheme. Originally launched in April 2020, the scheme has broadly paid 80per cent of wages for up to 10 million employees prevented from working during the pandemic.]

Renshaw believes there will be a big spike in UK insolvencies at the end of this year, and then another slightly smaller one next year, but “hopefully dropping substantially by 2023”.

“Of course, the flood started earlier in countries which didn’t offer such substantial support to businesses affected by the pandemic,” he adds.

When it comes to SMEs, Renshaw says they are generally in a worse position than big companies. “They can’t access cash reserves from high-net-worth shareholders, nor do they generally have substantial assets, with which they can leverage debt,” he says. “However, for the time being, they are being protected by government measures and grants.”

While Renshaw believes that, at least in the UK, the government has been doing everything it can to stave off mass insolvencies, he says that with any scheme of this size there will be a fair few who abuse the system as well as directors who grabbed the money as a life support for a company that was already insolvent.

“The government has advised insolvency practitioners to be on the lookout for this when we work with distressed companies and there’s a place to report instances where evidence suggests the director knew the company was already beyond a tipping point,” he says. “What the government will do with this information, or when, we still don’t know.”

Reminder for accountants to check in with clients

Jirsch Sutherland’s National Managing Partner, Bradd Morelli says the firm is definitely keeping an eye on international insolvencies. Jirsch Sutherland is a member of the GRIP (Global Restructuring and Insolvency Professionals) network, which operates as a cross-border referral network and means organisations like it can act for clients on any issue of international scope.

“Rather than a multinational pulling out of a country where it is experiencing financial difficulties, GRIP Asia-Pacific members who have a relationship with it can refer it to a local GRIP member to offer specialist insolvency advice,” Morelli says.

Meanwhile, in Australia, Morelli says with JobKeeper coming to an end on March 28, businesses will likely be reassessing their financial position. “Accountants should be touching base with their clients to see if they’re prepared for the withdrawal of the government support and whether they need assistance to help plan for 2021,” he says.