The economic and health effects of lockdowns 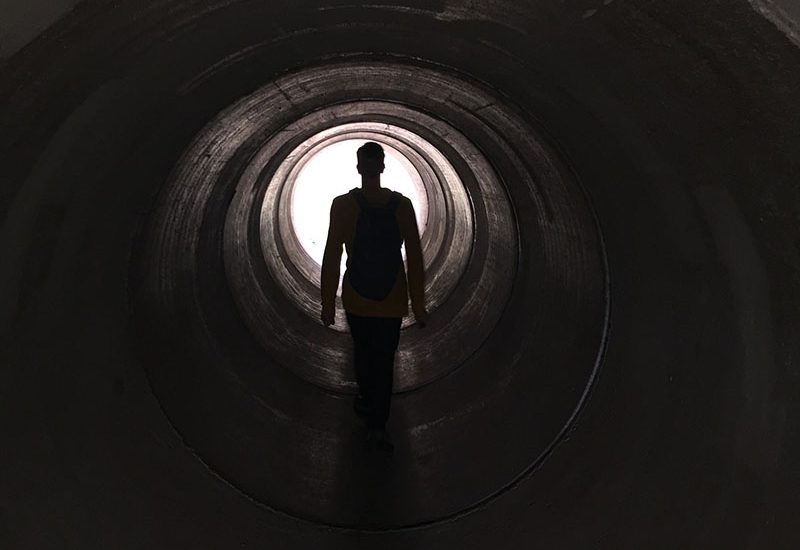 While most of Australia was looking forward to 2021, there’s no doubt the lockdowns imposed just as we thought we were seeing the light at the end of the tunnel put a dampener on overall enthusiasm. While the country has managed to avoid the large case numbers seen overseas, the lockdowns have caused both economic and emotional harm to many. However, there has been some good to come out of it, especially around community support.

What’s happening with the economy?

The virus and the lockdowns meant many businesses needed to close in 2020 and as a result, the Australian economy took a hit, entering recession for the first time in 28 years. But according to CommSec Chief Economist Craig James, a recovery is underway – a feat attributable to the relative success in suppressing the virus and the speed and size of the economic stimulus and support from the government.

“As we enter 2021, it is clear COVID-19 still dominates the landscape,” James says. “The economic outlook will be dictated by the virus and how quickly the vaccines can stem case numbers and allow economies to start repairing.”

James says the Australian economy is tipped to grow by 4.9 per cent in 2021 after contracting 2.8 per cent in calendar 2020. “Unemployment is the focal point of all monetary and fiscal policy actions.” James says. “Our economists expect that the jobless rate has already peaked at 7.5 per cent. The unemployment rate is expected to ease to 5.75 per cent by the end of 2021 and ease further to 5 per cent by the end of 2022.”

Where the hard decisions lie, according to James, is with the phasing out of fiscal measures like JobKeeper and JobSeeker. “If you remove the support too quickly, you risk a loss of economic momentum.” He says. “But keep the support in place for too long and businesses and consumers lose the desire to take charge of their own destinies.”

SMEs and the lockdown effects

Wanting to take charge of their own destinies is something many small-business owners want. Lockdowns in Melbourne and more recently in Sydney’s northern beaches, not to mention the short, sharp lockdowns in Brisbane and Perth, have wreaked havoc on many SMEs, both economically and emotionally.

In the northern beaches, it’s said that for businesses relying on the Christmas period, revenue is down between 80-95 per cent. Missing the important holiday period to generate cash means many businesses will likely need to draw down on their mortgages to source capital.

John Beale is an accountant and treasurer with the Mona Vale Chamber of Commerce. He says there was a number of industries that were badly affected during lockdown. “Some industries close down over the Christmas period anyway so they were okay, such as construction, but cafes, hospitality, gyms and accommodation felt the effects, largely because of the lack of foot traffic.”

He says many of his clients leading up to the lockdown had a bumper period and few were on JobKeeper. “My café clients were able to move to providing takeaways so they’ve been okay but the more capital intensive businesses such as gyms are suffering and a number will struggle to reopen.”

Beale adds that support from the government has generally been good over the past year and while he’s not expecting cash handouts from them, he says it would be good to get support in areas such as marketing and advertising. “We need support with promotional material to remind people what a great place the northern beaches are and to get them back,” he says. “Avalon had a big hit because everyone was talking about the ‘Avalon cluster’  so it suffered reputational damage that needs to be helped.”

But while many businesses suffered during the lockdown, Beale says there was an encouraging sense of community spirit. “We do tend to help each other when needed,” he says. “It’s not all about making money and lockdown saw just how strong that community spirit is with businesses helping out each other.”

Meanwhile, Jirsch Sutherland Partner Malcolm Howell is based in Melbourne and saw firsthand the effects of COVID-19 on both the economy and the mental health of business owners.

“When Victoria went into lockdown there was a great deal of anxiety and confusion,” he says. “People were very worried about their finances, jobs and businesses and this fed into a greater incidence of mental ill-health issues.”

Howell says the mental health toll among small-business owners has been pronounced.

“The lockdown meant SMEs couldn’t open for business or couldn’t start or complete jobs, which greatly affected their revenue,” he says. “Most sectors were affected and uncertainty was rife. The dramatic fall in revenue meant many business owners had to either access any savings they had, draw down or utilise credit card facilities, or draw down on their mortgage, which will have further adverse financial effects down the track.”

Howell says he found the SMEs he spoke to accepted that the lockdown was needed but the effects on their business were catastrophic.

“Those in regional areas are particularly worried about finding staff when it’s time to come back from COVID,” he says. “There’s just no staff to be found as the usual nomads and backpackers aren’t around and this is who they rely on to fill positions. So how they’re going to open is just as pressing an issue as when they’re going to open.”

There’s no doubt people’s mental ill-health is being affected by lockdowns. A national survey for the Wesley Mission found 74 per cent of Australians had concerns for their mental health and wellbeing, although only 54 per cent have sought support.

But seeking support can really help as a study conducted by Beyond Blue showed. Beyond Blue found just one phone call or webchat session with a mental health professional had immediate positive effects. Those taking some action felt less distressed and less hopeless, it found.

Beyond Blue CEO Georgie Harman says phone and online support is an effective way for people to better manage their mental health. “2020 has been an incredibly tough year and never before have we seen so many people taking that first step and seeking support for their mental health,” she says. “These results remind us that it’s never too early, or too late, to seek support.”

Meanwhile, Malcolm Howell believes things will unfortunately get worse in 2021 as the government’s JobKeeper and JobSeeker are taken away.  “The business owners I’m speaking to are uncertain about their future, how they will pay debts moving forward and how they can support their families,” he says. “Most business owners are worried about their staff who have been on reduced wages for over six months and have an uncertain future ahead.”

He adds it’s a difficult situation to juggle and while the government has made significant financial contributions, the toll on people’s mental health has been enormous.

“As business advisers we all play an important role in making sure we identify mental health issues and provide business owners with a path forward,” he says. “Businesses who are struggling either financially or emotionally should seek help immediately. Speak to your accountant if you’re worried about your finances as there may be solutions that can help get you through these tough times. If your mental health is suffering, it’s important that you get professional help from organisations such as Beyond Blue.”