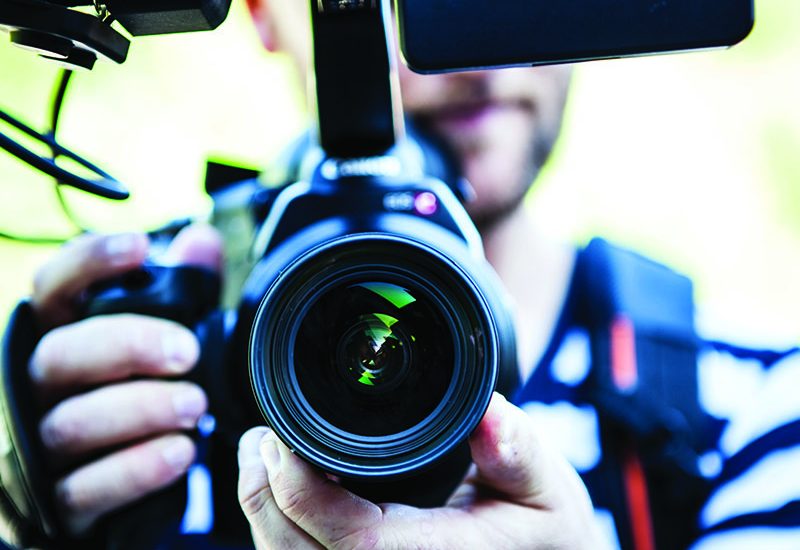 One of the sectors hit hard by COVID-19 is the TV and film production industry. The local screen sector employs around 25,000 Australians and contributes more than $3 billion to the economy each year. And while Federal Government initiatives such as JobKeeper have helped many other businesses and freelancers stay afloat, because of the short-term contracts that define this industry, many have missed out.

Screen Producers Australia (SPA) says 119 shoots around the country have had to postpone or cancel, with around 30,000 people stood down, put on unpaid hiatus, or lost their jobs altogether. SPA CEO Matthew Deaner says some help has been forthcoming in the form of the federal government’s announcement of a $50 million Temporary Interruption Fund to help local screen producers secure finance.

“The fund will assist to secure much-needed capital to the hundreds of small businesses that make up the independent production sector so that we can start the cameras rolling again and return thousands of workers back to work across the broad range of jobs that our industry creates,” Deaner says.

Meanwhile, Bradd Morelli, Jirsch Sutherland National Managing Partner, says while it is good to hear the situation may be returning to normal for some parts of the sector, there are clearly a lot of businesses and individuals doing it tough.

“Speaking to an accountant or adviser at this time is critical,” he says. “The situation is changing rapidly and there may be grants or tax breaks that you can apply for. Unfortunately just hoping everything will work out is not an option. Early action makes it easier to find an appropriate solution.”

The federal government has also extended the Location Incentive by $400 million to attract foreign productions to Australian shores. While this was welcomed by the SPA, it cautioned against the need to balance this support for imported productions with assistance for the making of Australian stories, considering how much the local sector has been hit by the coronavirus and the effects of certain government decision-making in the sector.

However, SPA’s Deaner says the biggest roadblock the industry is currently facing in returning to work (now that COVID-Safe Guidelines have been issued) is the temporary suspension of local content quotas. The Federal Government announced these quotas would be suspended for 2020, with the option to extend into 2021.

“We urgently need the Government to release the demand handbrake imposed by the uncertainty regarding 2021 quotas,” he says. “Given the lead times for production, the market needs a signal regarding 2021 quotas immediately, to allow for delivery in 2021. A failure to make a decision in the coming weeks will effectively result in an inability to supply, despite the industry’s readiness and capacity to deliver the content broadcasters need to meet their quota requirements.”

Michael Wall, Managing Director of Ratio Partners has many clients in the film and TV production industry and says it’s a tough time with many productions halted as a result of the uncertainty.

“Melbourne is [currently] in lockdown, regional Victoria has been in lockdown and who knows what states may follow suit,” he says. “One ray of light is that a number of clients have been able to push through with some Queensland productions that are going ahead as there is some government money coming in and propping them up. But everything is unpredictable because no one knows what the virus will do.”

Wall says while some larger productions – such as Marvel – will soon start up again, the smaller productions aren’t so lucky. “Many of the crew on these productions work as freelancers and they are experiencing difficulties as they’re not entitled to receive entitlements like JobKeeper,” he says. “Also on an emotional level, people have had to make major changes to their lives. I have a producer client who lives in Melbourne but has had to relocate to Queensland to get work. There is no timeline about when he can go back home at this point.”

Wall says his company is receiving an increasing number of calls from clients concerned about their financial situation. “Having the Government confirm JobKeeper is being continued is a huge relief and we’ve been helping clients with their applications for that,” Wall says. “There are also some grants on a state level they can apply for. However, the bigger issue is how long will this go on for.”

Wall adds a major issue is that many of the larger networks, such as Netflix, aren’t buying new content but rather recycling what’s in their library. “Also certain productions might have been 70 per cent finalised but the virus hit and they have come to a halt and are lying there unable to be finished,” he says. “The other big thing is that a lot of these productions need external investment but it is hard to call on investors due to the risk profile now.”

When people think about this industry, often their first thought is that it is actors and directors that are affected but in fact it’s the entire crew – including camera operators, sound technicians, hair and makeup artists, lighting technicians and set painters. Many of these are employed on short-term contracts and haven’t worked for the 12 months that make them eligible for JobKeeper.

“It’s a very tough time,” Wall says. “I have one client who provides the lighting equipment for various productions so if no productions are going on he has no work. Another client provides audio/visual services to films and he has zero income as there is very little being produced outside Queensland.”

However, at this point in time, Wall says there hasn’t been an increase in insolvency queries. He says this is because of the current government stimulus measures. “My feeling is we won’t see the real sting in the tail until mid 2021,” he says. “I’ve also noticed that people may have had a good run pre-COVID and are getting payments from the work they did before the virus hit. But the issue is will they be able to start working and invoicing again.”

Wall notes that while people haven’t been inquiring about insolvency issues, there are likely to be certain companies that are trading insolvent at the moment. “But the change in legislation has allowed for that to happen,” he says. “It is a false economy at the moment and 2021 is where we will see the effects. If the Government wasn’t as generous with some of these payments then essentially a lot of businesses would have closed their doors by now.”

Another point of view comes from Brett Thornquest, director of Contrarian Group, which consults to film and television production companies on areas such as tax advice, production incentives evaluation and compliance. He says after several dark months, the film and TV sector is up and running again.

“There was a great loss of productivity from March to June; the situation was pretty dire, like most business sectors during this time,” he says. “It was made worse because many of the people employed on film and TV productions were not eligible for JobKeeper or other government cash-flow type boosts/incentives. But with states opening back up productions are now returning, including a several large scale projects in Sydney, northern NSW and the Gold Coast.”

Thornquest says outside Victoria, Australia has rebounded well from COVID-19 and is being keenly considered by international production companies. In July, the federal government announced an additional $400 million to attract film and TV productions to Australia and the “location incentive” is expected to bring international filmmakers in production limbo to Australia.

“Like any business at the moment, there is an extra layer of safety measures,” Thornquest says. “There are very strict guidelines for all productions but everyone is embracing them. There is a strong will to get productions going again whether they are small or large and everyone is working together to make it happen.”

He adds Ausfilm, which is a consortium of private businesses that focuses on selling Australia as a production and post-production destination to international clients, is receiving a large number of inquiries. “There are unprecedented levels of interest that is transforming into new activity,” he says. “And a good number of potential projects that look very positive.”

Thornquest agrees that the bad months were very bad, especially as many of the freelancers associated with the productions were unable to access government support. “But I feel they are through this now and many of those affected are likely to be circling something new or are back working on something.”

There certainly are some green shoots. For example, the streaming service Stan has announced plans to commission at least 30 new productions annually over the next five years, which media commentators say is vital to give Stan a point of difference over rival streaming services.

Challenges still exist, especially around freight and personnel. “Closed borders are making it a bit tricky,” Thornquest says. “It seems if a state is doing well, then productions are following on. There is also lot of support from the federal and state governments to get the sector up and running again; not just with financial incentives but support from the respective health departments as well.”

Thornquest says all the productions he’s aware of are sticking closely to the health protocols. “The industry is like any other business, whether it’s a cafe, restaurant or shop. Everyone wants to reopen and don’t want to be closed down for doing the wrong thing.”