The recently announced 12-month Superannuation Guarantee Amnesty is set to provide a vital ‘clean slate’ opportunity for many Australian businesses.

Subject to the passage of legislation, the amnesty will be available from May 24, 2018 to May 23, 2019. The initiative provides a one-off opportunity for employers to self-correct past Superannuation Guarantee (SG) non-compliance without penalty. However, while businesses have been presented with a chance to redress any existing imbalances, many could also be forced to confront significant impacts.

“There’s a fair saving to be had by businesses if they take up the amnesty, but it’s also a matter of whether or not they can afford to do it – i.e., how far back does their lack of super compliance go?” says Jirsch Sutherland Partner Trent Devine. “However, businesses need to realise that while there will still be some charges stemming from the interest component, they won’t be subject to the usual penalties – and it’s also tax deductible.”

Non-payment of superannuation on the rise

Available figures indicate that underpayment or non-payment of super is a major issue in Australia, with businesses sometimes dealing with cash flow problems by not paying employees their super entitlements. Indeed, an Industry Super Australia analysis found that in 2013-14, almost one-in-three employees racked up a total of $5.6-billion in unpaid super contributions – or around $2025 per-person. This equates to a loss of around $24,000 in super for those close to retirement. The Association of Superannuation Funds of Australia, meantime, believes that non-payment of super in Australia is increasing, with at least 690,000 employees (or 6.5 per cent of the workforce) affected annually.

“The issue of companies, particularly SMEs, using their employees’ unpaid superannuation to manage cash-flow shortfall is a major issue in Australia – and employees need to be more vigilant,” says Trent. “If a company becomes insolvent and there is no money in the company when it goes under, then the Fair Entitlements Guarantee (FEG) won’t cover the employees’ super entitlements.” 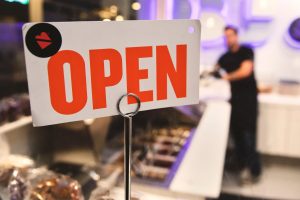 As part of the current government offer, employers who voluntarily disclose previously undeclared SG shortfalls during the amnesty and before a commencement of an SG audit will not be liable for associated administration costs and penalties that may otherwise apply. They may also be able to claim a deduction for catch-up payments made within the 12-month period.

However, employers will still be required to pay all employee entitlements (including the unpaid SG amounts owed to employees and the nominal interest), as well as any associated General Interest Charge (GIC). Importantly, the amnesty applies to previously undeclared SG shortfalls for any period from 1 July 1992 to 31 March 2018, but does not apply to the period starting on 1 April 2018.

“Employers that do not take advantage of the one-off amnesty will face higher penalties should they be subsequently caught – in general, a minimum of 50 per cent on top of the SG charge they owe,” explains Trent.

Trent says the amnesty will force some businesses to make tough choices, believing that those unable to pay may risk prolonging their lack of compliance. It’s a strategy he doesn’t advise.

“I think if businesses can’t pay, then they’ll choose to ignore, and that’s the real risk, because after this amnesty, they’re going to be hit hard by the ATO,” he says. “If compliance doesn’t happen, they’ll be looking to take action. If they target a business more heavily, it might expose directors to a lot more personal liability.”

With penalties for non-compliance set to be severe, Trent advises any companies who face difficulty in paying owed superannuation to immediately seek professional advice.

“If businesses can’t take advantage of the amnesty and bring their super up-to-date, they should seek advice from their accountant,” he says. “If they can’t meet the payment even with the amnesty, then they are insolvent and may need to seek advice from an insolvency practitioner.”