Jirsch Sutherland > Insolvency News > Latest News > Are security payment reforms the key to protecting those at the bottom of the contracting food chain?

Are security payment reforms the key to protecting those at the bottom of the contracting food chain?

The insolvency spotlight is firmly on the nation’s building and construction industry after a spike in external administrations has left a wake of unhappy homeowners and unpaid sub-contractors.

As many in the insolvency sector may know, there have been several inquiries and reports over the past decade relating to the relatively high rate of insolvencies in the building and construction industry. So, what’s new to the conversation?

Just last year a Deloitte report prepared for the Queensland Department of Housing and Public Works quoted the Commonwealth Senate Standing Committee on Economics as saying the industry is “burdened every year by nearly $3bn in unpaid debts, including subcontractor payments, employee entitlements and tax debts averaging around $630m a year for the past three years”.1 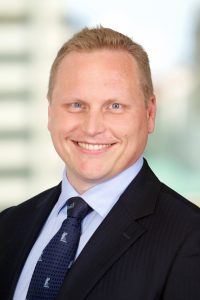 Jirsch Sutherland Brisbane Partner Chris Baskerville says construction continues to be one of the largest industries that enter external administration (EXAD), due in part to a surge in foreign investment and a challenging business model.

“According to ASIC statistics2, the total number of construction companies entering EXAD in January this year was 86 – more than double the amount of accommodation and food services sector, which was next on the list at 39,” Chris explains. “Leading the way was New South Wales (35), followed by Victoria (24), Western Australia (13), Queensland (11), the ACT (2) and South Australia (1).

“It is my professional view that increased foreign investment generating significant demand, coupled with a challenging construction business model where sub-contractors were in short demand, are causing an increase in builders, particularly those involved in high-rise developments, to become insolvent.”

In Melbourne, where construction of high rise apartment buildings has been in overdrive, there has been plenty of debate about which way the market is headed. 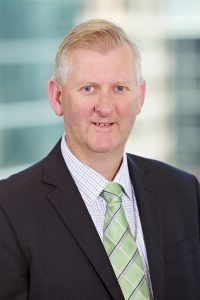 “There is a glut of apartment buildings, but they are still building them,” says Jirsch Sutherland Melbourne Partner Malcolm Howell. “There might be trouble if the overseas market slows down. Anecdotally I’ve heard that many of the apartment have been sold but they’re lying vacant.

“But while the collapse of Watersun was the biggest thing to happen in these parts for a while, the trend from what I can see is that the industry is performing very well.”

However, the Reserve Bank of Australia is keeping a close eye on both Brisbane and Melbourne apartment markets, citing an imminent oversupply in the event of an economic downturn could leave banks and investors high and dry.3

Are security payment reforms the answer?

The traditional payment model in the building and construction industries involves a cascading system that openly favours those perched at the top (developers, investors and stakeholders), at the expense at those struggling at the bottom (suppliers, sub-contractors and employees).

Concentrating market power at the top of the contracting food chain not only places the burden of risk firmly on the shoulders of those who are often the least equipped to handle it but can also lead to fraudulent phoenix activity.

This was reinforced in the aforementioned Deloitte report:

“There are a number of issues facing the building and construction industry which contribute to its relatively high rate of insolvencies such as poor business processes, poor contract management (for example undocumented and/or disputed variations), lack of financial management and forecasting capability, the competition for volume resulting in low margins and what could be argued is a culture (at every level of the industry, not only at the head contractor level) of pushing risk down the contractual chain, which often leads to those with the least bargaining power or ability to manage risk bearing the brunt of it.”

“One of the challenges facing insolvency experts is when a building or construction company loses its licence as soon as it becomes insolvent – even when a project is 99.9 per cent complete,” says Chris. “The debtors ledger is then immediately withheld, which can have dire consequences for the suppliers, sub-contractors and employees whose livelihoods rely on payment.”

Security payment reforms for the building and construction industry are currently under discussion, including project bank accounts (PBA’s), which would see a trust account set up for progress payments to made throughout the project’s construction duration.

“Only time will tell how the law of unintended consequences will play out if, and when, these reforms come into effect,” says Chris.

Common causes for insolvencies in the building and construction industry include:

Anecdotal evidence unearthed by several reports and Senate committees4 shows that illegal phoenix activity – where a company intentionally liquidates a failed business then registers a new company to avoid paying creditors – is widespread in Australia’s construction and building industry.

“Fraudulent activities like knowingly avoiding tax payments, using false statutory declarations and refusing to pay wages and entitlements, have been in the spotlight for a while, with QBCC and ASIC introducing tough laws to clean up an industry that was once notorious for phoenix activity,” says Chris.

“It will be interesting to see if this spike in external administrations plateaus, or continues to reveal an industry in need of financial reform.”

If you are a director of a company or have a client that’s experiencing financial difficulty, contact your nearest Jirsch Sutherland office or call us on 1300 547 724 to speak with one of our turnaround specialists.

1 Analysis of security of payment reform for the building and construction industry: Prepared for the Queensland Department of Housing and Public Works [↵ return to text]

4 The Conversation: Illegal phoenix activity is costing us billions – here’s how it could be stemmed [↵ return to text]